annual monsoon swept through India about two weeks early. But it brought heavy rains causing floods and landslides in eastern India. Unconfi-rmed sources say at least 52 people have been killed and over 3 million affected in Assam, Arunachal Pradesh, Orissa, Jharkhand and West Bengal. As on June 20, Subarnrekha river in Orissa was flowing above the danger level, marooning villages in Balasore, Bhadrakh and Mayurbhanj districts and evacuating 20,000 people. In West Bengal, situation in the East and West Midnapore districts remained critical. In Assam, Lakhimpur, Dhemaji and Sonitpur districts were seriously hit, where brimming rivers breached 11 embankments and inundated 800 villages. About 45 army boats have been pressed into action to help state authorities. As intensity of rain decreased, the flood situation in Jharkhand improved. 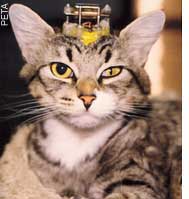 the Indian Council of Medical Research (icmr), in a letter to the health ministry, has endorsed the demands of the People for the Ethical Treatment of Animals (peta) to ban animal testing of cosmetics. peta sees this as a stamp of approval to their campaign. But icmr says it is not endorsing a complete ban; reducing the amount of animal testing is all they are looking at. Says Vasantha Muthuswamy, head of the Basic Medical Sciences division of icmr "We cannot do away with animal testing but it would be good to reduce it." A decade ago, icmr made it optional for cosmetics companies to test each batch of products on animals, since the formulations are always standardized and tested. Sonya Ghosh of the Committee for the Purpose of Control and Supervision of Experimentation on Animals, says, "The cosmetics industry hardly does animal testing."

the Kerala government introduced a 45 -day monsoon ban on trawling off the Kerala coast from midnight on June 14. The restrictions are to check depletion of fish stock in the breeding season. Mechanized fishing boats and big vessels using trawlers and high-yielding nets will not be allowed to fish along the coast, but country boats engaged in artisanal fishing will be allowed to operate, an official press release said. The monsoon trawling ban has been a regular feature in Kerala for the last two decades. Patrolling has been stepped up for effective enforcement of the ban. The state government would provide free ration to fishers and allied labourers of fishing harbours to help them during the ban.

at a time when the financing rates for automobiles are at a six-year high, potential buyers of Tata Nano may not benefit from this. The price tag of Rs 1 lakh is making the world's cheapest car a risky proposition for some financers who fear there could be a rush of applicants from lower income groups. This "high-risk" customer profile is likely to put them in the category where interest rates are higher--between 17-18 per cent; for new cars banks charge about 14.5 per cent. This could be one of the reasons Tata Motors was exploring the possibility of providing loans for the Nano, while launching the vehicle, either through Tata Motors Finance or through other finance channels.

the government of India has refused to endorse the World Bank's tiger conservation initiative and also turned down its "request" that India put in a formal proposal for a "loan" to save wild tigers. The decision came after members of the National Board of Wildlife and other conservationists, in a letter to the prime minister, warned against the offer. Conservationists say the World Bank's involvement could prove to be fatal to the tiger since its policy is at odds with the national policy, especially those relating to resettlement and rehabilitation of people moved from tiger habitats. "The government has its own flagship programme for tiger conservation and has recently increased the budget to Rs 600 crore," says Rajesh Gopal, member secretary of the National Tiger Conservation Authority. The World Bank sought the endorsement of India--the biggest reservoir of tigers--apparently to increase the visibility of its campaign. 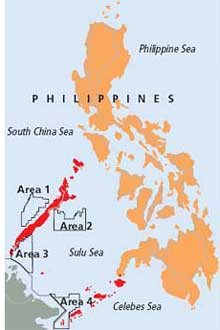 a militant group in the Philippines is opposing the government's plan to let the us oil giant, ExxonMobil, drill for oil in the Sulu Sea. The Pambansang Lakas ng Kilusang Mamamalakaya ng Pilipinas says it is apprehensive of the us $110- million project's impact on fishing communities in Palawan, Western Visayas, Zamboanga peninsula and Sulu archipelago. The Sulu Sea, which connects the South China Sea and the Celebes Sea, is considered to be an important corridor of tuna and other fish species leaving or going to the Pacific Ocean.

twenty nine climate campaigners boarded and chained themselves to a coal train headed to one of Europe's biggest power stations, Drax in North Yorkshire, the uk, on June 13 as part of a campaign to close the coal-fired plant. They unfurled a yellow banner featuring the slogan "Leave It In The Ground!" Though they were arrested later in the day, they promised more protests.

beijing plans to pull half the city's 3.3 million vehicles off the roads during the Olympics, along with putting a ban on all construction activities. From July 20 to September 20, vehicles, except public transport and emergency vehicles, will be allowed on the road on alternate days depending on even or odd registration numbers. In addition, heavy polluting trucks will be banned from July 1. Under the plan, 30 per cent of government-operated vehicles will also be taken off the roads. Officials hope the measures will persuade people to shift to the public transportation and car emissions will be cut by 63 per cent.

the European Commission has approved limits on chemical pollution of surface water, which it says will reduce the production cost of drinking water. "With less pollution, water companies will have to do less treatment to meet drinking-water requirements," said Barbara Helfferich, environment spokesperson for the European Commission. "It's not only a health issue. It's a cost factor, too," she said. The European Parliament voted to set concentration limits for 33 substances including pesticides and heavy metals in rivers, lakes and coastal waters. The countries will now have until 2018 to meet the standards. Two years ago, the eu endorsed laws to control chemicals in groundwater.

health
Carcinogen in your soap

california's attorney general has filed a lawsuit against several companies for failing to warn consumers that cleaning products like body washes, gels and dish soaps contain carcinogenic substance, 1,4-dioxane. The companies are Whole Foods Market Inc, Avalon Natural Products, Beaumont Products Inc, and NutriBiotic. Under the law, Proposition 65, businesses must label their products or otherwise warn consumers before exposing them to such chemicals.

kyoto protocol
Canada in the dock

canada became the first country to be taken to court for failing to comply with its legal commitments to combat global warming. Environmental group, Friends of the Earth Canada, filed a lawsuit against the government for violating the Kyoto Protocol Implementation Act, a law passed in June 2007. The government says implementation of the act could trigger an economic crisis. It introduced a Kyoto blueprint in August 2007 to ignore the Kyoto mandates. The group has asked the court to order the government to replace the blueprint with one designed to meet obligations under the Kyoto Protocol.

africa needs one common strategy on climate change to persuade rich countries to cut greenhouse gas emissions by 25 to 40 per cent by 2020, environment ministers of African countries agreed at a meeting in Johannesburg, South Africa, in the second week of June. Africa emits only 3.8 per cent of the ghg emissions, but will suffer the most from the climate threat, so it needs to ensure that its voice is heard, they said.