Broad-spectrum antibiotics increase risk of obesity in children below 2 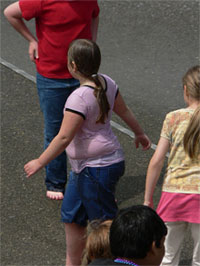 The study was based on previous research which suggested that obesity is associated with intestinal micro flora, which is the presence of a community of microorganisms in the digestive tracts. Antibiotics attack both disease-causing and harmless bacteria in the intestines, affecting microbial diversity and composition.

The study was conducted by L Charles Bailey and his colleagues of the Children's Hospital of Philadelphia, USA. The team studied the doctors’ visits of 64,580 children, following up with them until they were five years old.

Sixty-nine per cent of the children had been exposed to antibiotics before the age of 24 months with an average exposure of 2.3 episodes per child. In children with more than four exposures to broad-spectrum antibiotics, the researchers observed an increased risk of obesity. No association was seen between obesity and narrow-spectrum antibiotics.

Global, regional, and national prevalence of overweight and obesity in children and adults during 1980–2013: a systematic analysis for the Global Burden of Disease Study 2013