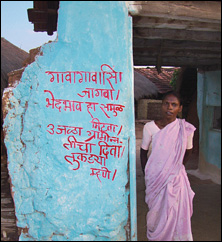 After dithering for a year, the Maharashtra government notified the buffer zone around the Tadoba Andhari Tiger Reserve in Chandrapur district on May 5. The mining lobby was reportedly putting pressure on the state government to withhold the notification.

The buffer around the Tadoba Andhari reserve comprises 1,101.7 sq km forestland. The proposal to create a buffer around the 625.82 sq km core reserve was floated soon after the reserve was declared a critical tiger habitat in December 2007. A committee of experts under the state principal chief conservator of forests approved the buffer in April last year but the notification was kept pending.

In the meantime, the Adani industries sought clearance for a coal mine in Lohara village in the buffer zone, triggering public protests. The project was cancelled by Union minister of state for environment and forests, Jairam Ramesh on September, 2009. In April this year, the media reported 21 mining projects had been cleared in the buffer zone. Ramesh prevailed on the state government to issue the notification.

Forest department sources said the 79 villages in the buffer zone would not be relocated and their rights over forest resources would remain intact. The Centre would release funds for developing the villages, said officials. The committee of experts has also approved a 500 sq km buffer zone around the Pench tiger reserve in Nagpur district.