As in the previous years, farmers of the Bundelkhand region of Uttar Pradesh started facing acute water shortage this year, too, with the onset of summer. There were media reports of farmers stealing water to irrigate crops. With scant rains and little help from the government, most people in the region faced a bleak future. But people of three backward districts in the region—Jalaun, Hamirpur and Lalitpur—hope to ease their water woes. They have started work to secure their water resources.

In 2011, women from 60 gram panchayats of the three districts got together to form paani panchayats (water councils) in their villages, which have become a model for local self-governance to address water and employment problems in rural areas. 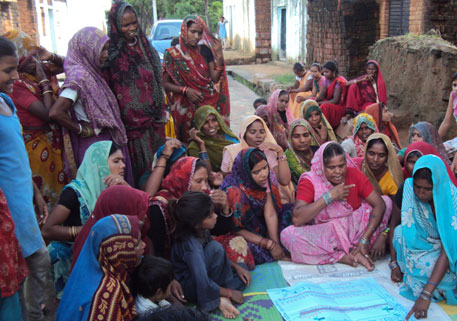 The focus of these paani panchayats, mostly led by dalit women, is to create more water resources, revive old ones and conserve natural water bodies with the help of traditional and modern technology. “We are planning to revive all old and dried up water structures and construct new ponds with the help of the Mahatma Gandhi National Rural Employment Guarantee Act (MGNREGA) and the panchayat,” says Sunita Devi, a paani panchayat member of Jalalpur village in Hamirpur's Sarila block.

The first paani panchayat was formed in 2011 in Jalaun district. By September 2011, a total of 96 such water resource management councils were formed (see 'District wise break up of water management councils'). “The idea of a paani panchyat is to increase women’s participation in decision-making, especially on matters related to water and livelihood security in the Bundelkhand region,” says Sanjay Singh, secretary of Jalaun based Parmarth Samaj Sevi Sansthan (PSSS). The organisation has been helping set up the paani panchayats with aid from the European Union.

The results are there for all to see. For example, the paani panchayat of Gahuli village, also in Sarila block, has revived its pond, and has framed rules to protect it from contamination. “Earlier, solid and liquid waste of the village was directly dumped into ponds. As a result, hand pumps around it were yielding contaminated water. People fell ill and the water table also declined. 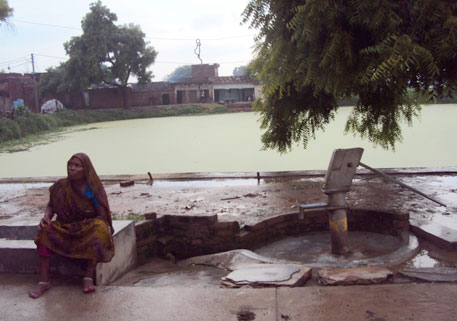 The paani panchayat took an initiative to clean the pond and made strict rules to protect it (see 'Rules to protect water bodies'). “The groundwater level has increased remarkably. We did not face water shortage this summer, people got water for their daily needs from the handpumps. Health conditions have improved 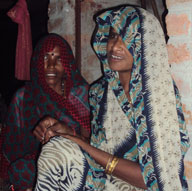 because of good water quality and there were hardly any cases of jaundice and diarrhoea,” says Jamuni Devi, a water worker of Gahuli.

The paani panchayats offer a way out for women who have to fetch water from a distance. Scarcity of drinking water had been steadily increasing in the region due to scanty rainfall. In the past Bundelkhand practised water harvesting and had tanks and traditional water harvesting structures. However, most of these structures have fallen into disrepair or have completely been destroyed due to apathy of local people and governments in maintaining them. This has directly affected the health of women who have to spend long hours in fetching water over long distances.

“Din bhar ghado - ghado khopdi pe dharo, ladkiya othayi rahi to baal jhadno lagay” ( all day, the girls and women of village have to carry pots of water on their heads; as a result, young girls are losing their hair), says Jamuni Devi. Though water is available in the village now, women have to carry water from one end of the village to another, covering a distance of 50 to 400 metres. The paani panchayat has demanded piped water supply from the water supply department.

The Ministry of Drinking Water and Sanitation, however, claims that these districts have easy access to water. Its data shows 86.46 per cent habitations have been covered by water connection in Lalitpur district. Jalaun and Hamirpur districts have a coverage of 91.19 and 97.10 per cent respectively. Things are different on the ground. Kalothara village of Lalitpur's Tabehat block had four hand pumps, but only one is in working condition; 121 families in the village depend on this single hand pump. The situation is no different in villages in other districts of the region. Usually, after installing a hand pump, the government declares a habitation covered, but it fails to provide water supply to all families, say residents. 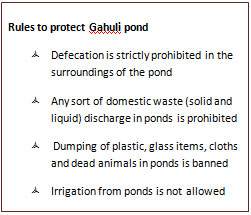 “We have to wait for hours to get a pot of water from a hand pump providing potable water. More than 650 people depend on a single hand pump. In summers, we are compelled to use contaminated and saline water as one hand pump is not sufficient meet the demand,” says Ramvati Devi of Kalothara. The paani panchayat of the village invited the district magistrate to spend a day in the village. “Forty-five women went to the district magistrate's office and requested her to visit our village and see how difficult it is to spend a day in such conditions. Finally she agreed and declared our village as an 'Ambedkar Village'. But the feudal class families and politicians have created problems in development, now we make a plan to fight against them as well,” says Sangeeta Devi, a resident.

The scarcity of water and restricted options of livelihood (agriculture is totally rainfed) have forced most dalits and tribal families of the region to migrate to cities and small towns. “At least one male member from every dalit family of Jalalpur village has migrated to nearby cities. Every year, many families seasonally migrate to nearby cities because of water scarcity. There are is no option for livelihood during the lean period,” says 53 year old Ranjan Dulaiya , a paani panchayat member.

Jalalpur residents hope things will improve. It has more than 40 hand pumps. But the Harijan Basti (dalit neighbourhood) in the village, inhabited by dalits, could not access water from them. A pipeline runs through the village, but it does not reach the basti. When the residents approached the upper-class residents of the locality, they faced resistance. The well in the basti has also dried and the only source of water in summers was the river Betwa; women walked three kilometres to reach it. Every day, the women walked to the river two to three times to collect sufficient water for their families. The paani panchayat of Jalalpur (Harijan Basti) changed their fortune. The women fought for their rights; managed to revive the local pond, and got a hand pump installed. Their lives have changed for the better.

“This (hand pump) is an enormous success for us; our confidence is high,” says Gayanishwari Devi. The paani panchayat is taking other decisions, too. We have started to fight for job cards (under MGNREGA) to ensure that every family has one card and 100 days of guaranteed employment as well. We have also discussed with other paani panchayats to take collective initiative to improve education and health facilities,”

With more than 3,000 women members, all the 96 paani panchyats in the three disticts of Jalaun, Lalitpur and Hamirpur are led by 172 jal sahelis (water workers). Their demand is to ensure sustainable development in their villages through self-governance. They are now demanding a place of a sub-committee of gram panchayat. “Slowly but steadily change can be noticed in the region,” says Singh of PSSS.
Web Specials Web Specials Web Specials Water Conservation Sanjay Singh Rainfall Parmarth Samaj Sevi … Paani panchayat Lalitpur Jalaun Inter-ministerial … India Meteorological … Hamirpur Drought Mitigation … Bundelkhand
SUPPORT US