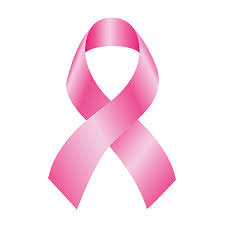 The most common cancers in men and women have increased significantly since 1990, says a new study published by JAMA Oncology.

Published on May 28 and titled “The Global Burden of Cancer 2013”, the study was conducted by an international consortium of researchers, coordinated by the Institute for Health Metrics and Evaluation (IHME) at the University of Washington.

"Cancer is the second largest cause of death globally after cardiovascular disease,” said Lalit Dandona, professor at Public Health Foundation of India (PHFI) and IHME. He is also the co-author of the study. He further informed that breast cancer was the most frequent cancer in India, followed by mouth cancer and cervical cancer. “Prevention, wherever possible, and early detection are crucial as treatment of late stage cancer is often difficult in less-developed settings," said the expert.

Among Indian men, deaths from mouth cancer increased by 134 per cent as compared to 16 per cent increase in stomach cancer cases, the smallest increase. Similarly, among the women, deaths from ovarian cancer jumped by 123 per cent, while at 17 per cent, cervical cancer showed the smallest increase. Mouth cancer which is not prominent globally has become the second-most diagnosed cancer in India.

Although cancer is a global phenomenon, countries around the world show considerable variations in cases. In China, stomach cancer, not breast cancer, is the second-most common cause of cancer death among women. In United Arab Emirates and Qatar, non-Hodgkin lymphoma and not prostate cancer is the most commonly diagnosed cancer in men. Japan, Norway, Portugal, Spain, and Sweden are the only countries in the world where colon and rectum cancer was the most deadly form of cancer for women.

In 2013, there were 14.9 million new cancer cases and 8.2 million cancer deaths worldwide. At 1.4 million new cases and 293,000 deaths, prostate cancer was the leading cause of incidence of cancer among men. Its cases have increased by more than threefold during this period, due in part to population growth and aging.

For women, similar factors contributed to the rise in breast cancer incidence. In 2013, there were 1.8 million new cases of breast cancer and 464,000 deaths. Breast cancer has remained the leading cause of incident cancer cases for women between 1990 and 2013, but the number of new cases doubled during this period.

Other leading causes of incident cases globally include colon and rectum cancers (up 92 per cent), stomach cancer (up 23 per cent since 1990) and liver cancer (increased by 70 per cent).

In 2013, cancer was the second leading cause of deaths globally, after cardiovascular disease. The proportion of deaths around the world due to cancer has increased from 12 per cent in 1990 to 15 percent in 2013. Lung cancer, stomach cancer, and liver cancer have remained the three leading causes of cancer for both sexes combined during this time period. Lung cancer deaths have increased by 56 per cent, stomach cancer deaths by 10 per cent and liver cancer deaths by 60 percent.

“The most effective strategies to address cancer will be tailored to local needs,” said IHME director Christopher Murray. “Country-specific data can drive policies aimed to reduce the impact of cancer now and in the future,” he added.

All data has been taken from JAMA Oncology report