CAPART up for overhaul

Funding agency for rural NGOs may be on its last legs 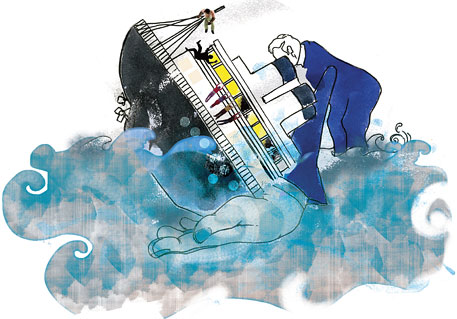 IT IS a government agency that was set up specially to fund non-profits working on rural development. But of late the Council for People’s Action and Advancement of Rural Technology (CAPART) has been plagued by allegations of corruption and inefficiency. After a few failed attempts to reform CAPART, the government has now decided to overhaul the agency which has close to 12,000 NGOs associated with it.

As the first step, Union rural development minister Jairam Ramesh offered to step down from the post of the president of the general body of CAPART last month. He said it was to free the organisation of political interference. This was followed by a presentation before the Parliamentary standing committee on rural development on January 27. In the presentation, the ministry said CAPART was plagued by poor image and a “strong perception of ineffectiveness, inefficiency and mission dissipation”.

To make the council professional, the ministry proposed organisational changes, including changes in the way appointments are made, the governing process and funding mechanism. It has sought Rs 100 crore from the government for restructuring the agency; another Rs 1,000 crore has been sought to create a corpus fund to make the agency financially independent.

The standing committee, headed by Bharatiya Janata Party MP Sumitra Mahajan, was reportedly told that if efforts to restructure CAPART do not succeed, the ministry might consider winding it up.

The debate on the relevance of CAPART has been on for some time. It started in 1995 when an alleged fraud to the tune of Rs 15 crore, involving CAPART funds, came to light. The agency blacklisted 564 non-profits, but it continued to function under a cloud amid allegations that it was colluding with corrupt non-profits (see ‘A Few Rotten NGOs’, Down To Earth, July 15, 1995).

Since then, CAPART ’s staff and infrastructure has grown manifold, but along the way it lost credibility. “It was started with the objective of empowering rural NGOs and disseminating appropriate rural technology. However, over time it has become just a funding body,” says Harsh Jaitli, chief executive officer of Voluntary Action Network of India (VANI), an apex body of non-profits in the country.

CAPART was supposed to establish technology research centres for testing technologies suitable to specific geographic areas. Only 23 such centres have been set up in 13 states till now; in the past 10 years only eight of these were provided one time grant to train and provide facilities to grassroots organisations for technology dissemination (see ‘CAPART’s performance record’,).

Joe Madiath, executive director of Odisha non-profit Gram Vikas, says the agency’s funds go only to select organisations. What’s more, the process of blacklisting is not transparent. “No proofs are given to the NGOs of their alleged irregularities. There may be fraud NGOs, but there are also many non-profits which have complained they were sent notices for not submitting the reports which they had submitted 10 years ago,” adds Jaitli. He says in he has heard of many genuine NGOs saying they have stopped going to CAPART for funds to avoid harassment.

CAPART has blacklisted 634 NGOs since 2001. But legal action to recover funds were initiated in only 62 cases in the past 10 years and only Rs 25.22 lakh were recovered. In its response to the Parliamentary committee, CAPART admitted that the majority of the non-profits (572) were blacklisted for reasons other than financial irregularities.

CAPART’s troubles have been compounded by the fact that no head of the organisation stays long. It has had 28 director generals in 25 years. The structure of CAPART is so huge that it has become counter-productive, says Aupam Mishra of Gandhi Peace Foundation. “It has lost focus under the misconception that the entire rural development is its responsibility. Many good administrative service officers were brought in to salvage it, but no one could bear the burden of this white elephant,” he adds. “Secretary and additional secretary level officers, appointed to the top post, do not aspire for it. They come here for a year or so, wait for promotion and go away. The leadership has been dismal,” adds Madiath.

Jayant Kumar, chairperson of VANI, says CAPART’s inefficiency has been a loss for the development sector. “There has been no credible government-owned funding body on the lines of the United Nations bodies or other international donor agencies. Now that sustainable long-term foreign funding is decreasing, grassroots organisations are left with very limited funding sources,” he adds.

Since 1996, more than a dozen review studies have been carried out on CAPART by various panels and expert groups. All of them suggested structural reforms. The latest in the series is a 2010 report of the Institute of Rural Management (IRMA) that evaluated the reports of the six sub-groups of the executive committee of CAPART, formed in 2009 to suggest reforms in the organisation. On the basis of the reports of the sub-groups, IRMA suggested a detailed roadmap for restructuring the agency (see ‘Proposals to revive CAPART’). The ministry’s proposals for CAPART are based on these recommendations.

A senior CAPART official, who wished anonymity, says IRMA has been asked to prepare a time-bound action plan to implement the ministry proposals.

But given the past record, it is not certain whether these recommendations will translate into action. “CAPART requires an attitudinal change. People posted with it have little capacity to accept that change. The best way forward is to shut it down. It’s a terminal case now,” says Madiath of Gram Vikas. He suggests a new body with a whole set of new people to take over CAPART’s functions.

Vimal Bhai, who has worked with various NGOs in Bihar and has been a part of a few committees on CAPART, however, thinks winding it up is not the solution. “Despite all its drawbacks, the agency has produced good results till as late as 2004. Many non-profits which are well-known for their work in rural areas have at some point of time got assistance from it. It’s only in the past six to seven years that political interference has brought the organisation to its death bed,” he says.

Vimal Bhai suspects the government may have an ulterior motive in allowing its shut down. “The government is worried by the growing civil society movement against it, and maybe wants to cut support to NGOs,” he says.