Case of profiteering from coal block comes to light 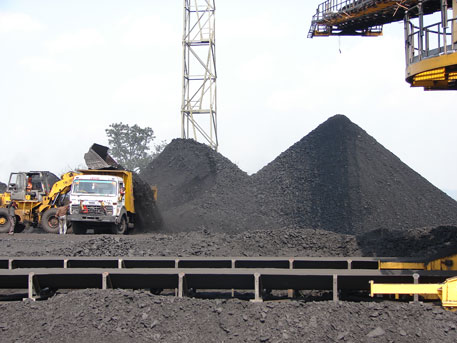 In what could turn out to be a case of profiteering from coal blocks allocated to private industries, the Union coal ministry has issued a show cause notice to a Mumbai-based steel manufacturer for allegedly making use of captive coal for commercial purposes.

The company, Virangana Steels Limited, was allocated Marki Mangli coal block in Yavatmal district of Maharashtra for a steel plant in 2007. But the company sold all its shares to Mumbai-based Topworth Urja Metals Limited in April this year without informing the ministry. Rules say that if a company management is changing hands, then the ministry needs to be informed about the same and fresh applications have to be made for allocation of coal blocks.  The case came to the light on June 20 when the ministry uploaded the show cause notice on its website.

It may not be the only case of its kind; a Comptroller Auditor General report recently pointed out that more than 90 coal blocks with reserves of 17 billion tonnes, worth Rs 51 lakh crore, were allotted to more than 140 private companies during 2006-2009. The draft report of CAG released in March 2012 also stated that private companies made a “windfall gain” of Rs 10.7 lakh crore from the same. The Central Bureau of Investigation has already registered a preliminary enquiry in connection with the allocation of coal blocks and is probing the matter.

Coal not for profiteering

Undersecretary of coal ministry, Sandeep Gupta, who issued the show cause notice on May 31 has given the company 15 days to respond. “Shareholding pattern of Topworth Urja and Metals Limited (formerly Virangana Steels Limited) at different points of time and details furnished by the company clearly indicate that at present there is no shareholder from the original allocatee who were allocated coal blocks in Crest Steel and Power,” states the notice. “It appears that the entire management of the original allocatee company has been handed over to others who were not the original allocatees of the said blocks,” it adds. The notice further says that the coal blocks by the government are for captive purpose and not for profiteering. “The commercial use of coal is not allowed. The sale of shareholding defeats the purpose of such allocation,” states the notice.

The company has not yet replied. According to officials in the coal ministry, as per rules, the coal block would be de-allocated. The officials from Topworth Urja Metals Limited were not available for comments.

The allocation of Marki Mangli coal block situated in the remote corner of Yavatmal district in eastern Maharashtra was no easy task. The public hearing for the same was held twice and on both the occasions panchayats of 62 villages under Zari tehsil stiffly opposed it. According to the minutes of the second public hearing conducted at Zari Zamni village on January 7, 2009, the first public hearing had to be cancelled as the project proponent could not give any satisfactory answers to concerns raised by residents. The panchayats had stated that 50,000 persons would be affected if mining activities start in the forested areas while causing extensive losses to the farmers.

The panchayats had contended that there is fertile land in the proposed mining area. Moreover, shingada (water chestnut) cultivation, which is main crop of the region, will also be affected as mines would pollute the water bodies. “Due to this mine the land under irrigation will be affected and this will ruin the farmers under debt and they will have no way out other than committing suicide,” Mahadeo Araki, a resident of Marki village had said at the hearing.

It was also alleged that the land for the project was purchased with the help of commissioning agents. Villagers and members of the adivasi community also raised concerns that mining had already played havoc in neighbouring Chandrapur district.