Infertile couples should think hard before opting for treatments 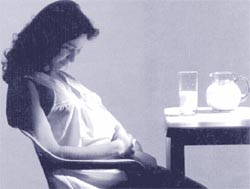 most couples assume that whenever they want to have children, all they need to do is stop using birth control measures. For many, it really is that simple. But for millions of others, it is not that easy. An estimated 10-15 per cent of couples are infertile, which is defined as the inability to become pregnant after one year of frequent sexual intercourse. Many such couples resort to infertility treatments. But one problem with them is that they result in multiple pregnancies. As a rule, the greater the number of foetuses, the higher is the risk of premature labour. And premature babies are more prone to develop health problems. A first-of-its-kind study from the us suggests that infertile couples should think hard and try to avoid multiple-embryo pregnancy before opting for treatment.

Infertility is not the same as sterility, which is the inability to conceive a child under any circumstance. Often, infertility simply means that becoming pregnant is a challenge. For many 'infertile' couples, something or the other goes wrong in the processes of ovulation and fertilisation due to a reproductive abnormality in either the man or the woman, or both. In 50-70 per cent of the cases, the woman is the infertile partner, with the frequent cause being ovulation disorders, including irregular or absent menstrual periods due to hormonal deficiencies or imbalances.

Fertility drugs that employ different mechanisms to regulate or induce ovulation are commonly used in many such cases. In general, they simulate the role of the natural follicle stimulating hormone ( fsh ) and leutenising hormone ( lh ), and the process is referred to as superovulation ( sov , for the sake of convenience). These drugs occasionally result in multiple births as they stimulate the ovaries to develop mature eggs when taken continuously. About 15-25 per cent of pregnancies resulting from fsh treatment cycles are multiple; about two-thirds being twins and one-third being triplets or more.

Even though infertility treatments are widely used, their effectiveness had never been tested in a large-scale clinical trial. Now, researchers at 10 different clinics and medical centres across the us assessed the success rates of these techniques as part of the National Cooperative Reproductive Medicine Network. David S Guzick of the University of Rochester and others took 932 infertile couples in which the woman had unexplained infertility and the man had outwardly normal sperm. The couples were randomly divided into four groups: the first underwent intracervical ( ic ) insemination; the second received intrauterine ( iu ) insemination; the third group underwent drug-based sov plus ic insemination; and the fourth group underwent sov plus iu insemination ( New England Journal of Medicine , Vol 340, No 3).

It was found that sov increased the chances of pregnancy by two to three times. Couples undergoing the combination of sov and iu insemination were thrice as likely to succeed as those undergoing the least aggressive ic technique. But the authors of the study point out that there are risks involved in sov therapy, including multiple-embryo pregnancy and ovarian cancer. They suggest great caution before a couple opts for fertility treatment.