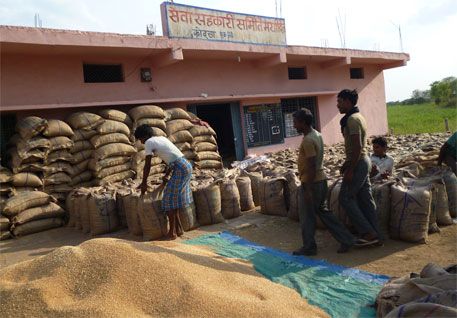 The Cabinet Committee of Economic Affairs has approved the hike in Minimum Support Price (MSP) of paddy by Rs 50 per 100 kg for the coming season. The procurement price of paddy has been fixed at Rs 1,410 per 100 kg by the Government of India for this year.

Last year, the MSP was increased by 3.82 per cent. The increase has been cut down to 3.6 per cent this year.

“Modi government stepped into power with a new dream of implementing the Swaminathan report according to which the farmers shall be paid 50 per cent ‘profit’ over the actual cost of production,” says Manjit Singh of Jai Kisan Andolan, a Punjab-based farmers’ organisation.

The meagre increment in MSP has not come well with the activist as farmers in the country are already worried after the forecast of a “weak monsoon”. “There could not have been a bigger fraud than this paltry hike of Rs 50 for every 100 kg,” adds Singh.

Ashok Gulati, former chairman of Commission for Agricultural Costs and Prices, is equally disappointed. “The farmers of Punjab are reeling under debt and are devastated with the poor wheat yield triggered by untimely rains in March-April. Not providing a reasonable MSP to them could even mean pushing them out of agriculture or farming,” adds the former chairman.