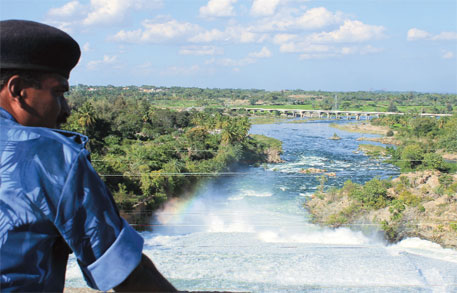 It is hardly a state secret that the water engineering community in India wants to expedite the Interlinking of Rivers (ILR) project. To move on the issue, the Union Ministry of Water Resources last month uploaded on its website draft policy guidelines for sharing of water amongst states, with the altruistic objective of “developing the waters of inter-state rivers for the betterment of the population of the co-basin states/union territories such that developments are not detrimental to the interests of one another and are guided by national perspective”. A few pages into the document make it clear that the draft is geared to create policy influence; states are encouraged to import from one area to another, and also export to deficit basins outside state territories.

The draft document recommends a basin authority or board be constituted including co-basin states under the aegis of the Centre with ‘executive powers’ capable of monitoring and implementing the allocations of a shared river. “What is wrong with wanting to expedite the ILR project? We in the water engineers’ community believe in it, and after the judgment by the Supreme Court on February 27, 2012, the State is duty bound to work towards it,” says Chetan Pandit, former member (policy and planning), Central Water Commission, the technical wing of the water resources ministry.

The apex court in February last year expressed “pious hope of speedy implementation” of the ILR project and mandated the formation of a committee to “ensure the completion of projects so that the benefits accrue within reasonable time and cost”. The judgment includes a mandamus to the committee to meet at least once in two months; it also must submit a bi-annual progress report to the cabinet at the Centre. The committee formed recently is yet to convene on the issue.

Talk of a policy on water sharing began in 1998 as the second national water policy, instated in 2002, was being drafted and the Cauvery water sharing issue was making headlines. The Central Water Commission was tasked to prepare a draft, which was later circulated to the States. The entire draft was hinged on the fact that water resource development should be planned for a hydrological unit such as a drainage basin or for a sub-basin, taking in to account water for sustainable use. No controversy here; in the federal structure the state has exclusive power over water, although the Parliament has the overriding power of legislation for regulation of inter-state rivers and river valleys in public interest.

The National Water Resources Council, chaired by the Prime Minister, constituted a working group under the secretary, Union Ministry of Water Resources in 2002 to advance the matter. But even after a few years of deliberations there was no consensus. “Since it was a politically sensitive issue, the concept was deferred”, said an official. The objective of the policy is to provide clarity to the issue of water sharing. “The international guidelines such as the Helsinki rules, 1966, (see box) are vague and confusing”. The idea, say officials, was to help serve negotiation before setting up a tribunal. But the draft itself is a ‘first cut’, and vague. An official even went as far as calling the draft and drafting process “eyewash”.

The draft covers the water of shared river basins, not including the direct use of rain water by the user in the state. The storage of water or diversion of water from a natural stream is accounted for. Clearly this is worded to allow for rainwater harvesting through recharge techniques, although it neither defines this nor alludes to other interventions such as storm water management for a city. According to the ministry of water resources, artificial recharge has a potential 4 per cent share of the water available in the country. “Not including rainwater harvesting in the water allocation equations serves as a disincentive, as now states can exploit this without it counting as consumptive use,” said a senior official of the ministry.

Divert water from agriculture to industry

A controversial aspect is the fact that allocation priorities are being done away with  again. The draft states that “priority of uses could differ from state to state and even within regions in the same state”. The draft goes on to state that whilst priority of use and consequential priority needs can be considered during the process of determining the sharing or distribution, in reality it need not be qualified for a particular use. “The state should normally be free to use its share of water for any beneficial purpose unless specific restrictions are warranted from over-riding national priorities, without detriment to the interests of other co-basin states”. If the goal is more dollars per drop then there is fear that water will be re-allocated from agriculture to industry and commercial purposes.

State governments often give in to increasing monetary output per drop use, which promotes allocation of water from agriculture to industry, and may at scale threaten food security. Diversion to urban and industrial conurbations is a reality and often leads to conflicts, Maharashtra being a case in point. “Since 2003, 1,500 million cubic metre of water has been diverted from agricultural allocations to urban or industrial use in Maharashtra. This has implications for 357,600 hectare in the state or 300,000 families, assuming an average 1 hectare land holding.

This diversion is now a fait accompli,” said K J Joy, convenor of the Forum for Policy Dialogue on Water Conflicts in India, an initiative to bring together researchers on the issue. Even if Joy’s figures are disputed by the state government, and agricultural water use efficiency is sought, it is clear that the policy may set a dangerous precedent and threaten the agrarian economy.

The ministry has invited comments on the draft policy until July 31, and can expect a barrage of comments from stakeholders who believe that while such allocation transfers are harmful, the projected costs of inter basin water transfer projects too most often outweigh the stated benefits.