Chandola lake was once a lifeline of the city of Ahmedabad in Gujarat. Divided into two parts, the Chota Chandola and the Bada Chandola met the irrigation and industrial needs of the area. But most of the lake that once spread over 1,200 hectares (ha) has now been transformed into a dry dust bowl. The Chota Chandola has been completely encroached and the Bada Chandola has illegal squatters and slums on either side of the water body.

Shailesh Shah, a trader who lives in Mani Nagar in south-eastern part of Ahmedabad has seen the best and worst periods of the lake. "As a child, I have seen it full of freshwater. The lake's water used to be crystal clear and we could see the fish swimming below the surface. But today, you don't see water at all. The larger lake bed has shrunk to almost 15 per cent because the canals that feed it are choked and the smaller lake is gone.” The pressure on both the lakes means Chandola does not have enough water for irrigation. What's more, the surrounding areas have become prone to flooding because the natural drains are choked.

Chandola's story is not new. In 1960, there were 204 lakes in the city, says advocate Mihir Joshi. According to government records, only 137 water bodies have survived. In July 2000, when it rained 508 mm in one day, the city as well as the outskirts went under water. As soon as the monsoon was over, the city faced a huge water crisis, which was so severe that it became a political issue. Still the legislators never thought of conserving the lakes, says Joshi.

Court intervenes
The lake came into focus when Shah filed a public interest petition in 2000 seeking court orders to save the lake. In 2001, the city celebrated when the Gujarat High Court gave an interim judgement stopping all the new constructions in wetlands. The court even restricted new constructions within a radius of 500-1,000 metres around the remaining 137 water bodies. The court order seemed to annoy the builders and even the Ahmedabad Municipal Corporation (AMC) and the Ahmedabad Urban Development Authority (AUDA). Builders and even the Indian Institute of Management (which had land adjoining a water body) filed affidavits, asking the court to modify its order. The two-year-long legal battle initiated by Shah concluded in August, 2003 when the high court gave the final verdict. The court ordered the state government, urban development authorities and the municipal corporation to preserve the lakes and ponds in the state. Any sort of pollution and encroachment should be checked, said the order. Joshi, who fought for Chandola lake in the court, explained that the ruling was a ray of hope to solve the water crisis in the city. 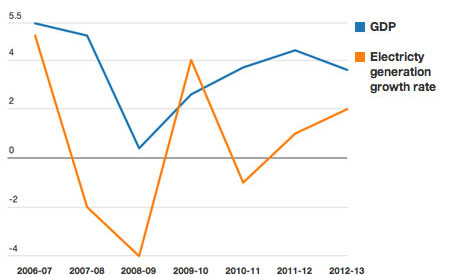 The court order said that the responsibility of deciding the distance from lake to the construction site is left to the discretion of the civic authorities responsible for urban development and local bodies like municipal corporations and panchayats, based on the town planning regulations. Earlier, in May 2002, AUDA had notified the General Development Control Regulations, permitting construction within nine metres of water bodies.

Eight years post court ruling
After the high court ruling, the municipal corporation tried to stop industrial effluent from flowing into the lake, but solid waste dumping and encroachments were not taken care of says Shah. He explains that the Kharicut canal, which was a major source of water to this reservoir, is totally choked with garbage due to negligence of the civic authorities. The other small canals have also been filled or diverted on the pretext of further development works. The lake bed is gradually turning into a garbage dump with the slum dwellers using it for open defecation, says Shah.

Chandola's case proves that lakes that belong to the revenue department are very easy to encroach. Once squatters take over, they obtain political patronage in return for votes. This is what has happened to the Chandola lake, says Joshi. Repeated pleas to clear the encroachments and rehabilitate them have fallen on deaf ears. In 2009, AMC officers razed a few illegal construction near the lake but abandoned the exercise, says Shah.

The Central Ground Water Board data on groundwater shows that the water level in Ahmedabad has dipped to 95 metres in certain places (see graph). If water bodies like the Chandola are not taken care of, the city will face a big crisis by way of drought or flood. It's high time the legislators find a connection between conservation of water bodies and water problems, say activists.

With the speedy pace of industrialisation in the state, water management and groundwater recharge is increasingly becoming a challenge for the Gujarat authorities. Many districts have over-exploited the existing ground water resources. In some talukas the state government had to stop granting permissions for drawing groundwater.

Despite efforts in improvement of groundwater table, the results have not been very promising. A study by the Columbia Water Center (CWC) of Earth Institute at Columbia University also highlighted the alarming decline in the groundwater table over the past two decades in Gujarat. This steady decline in the aquifer level has affected the farmers the most as they sink bore wells deeper for water. The civic authorities, however, have turned a blind eye to the problem. Groundwater recharge and the conservation of the existing lakes can be a solution to these woes, say residents.