In a first, Indian scientists develop vaccine against the disease 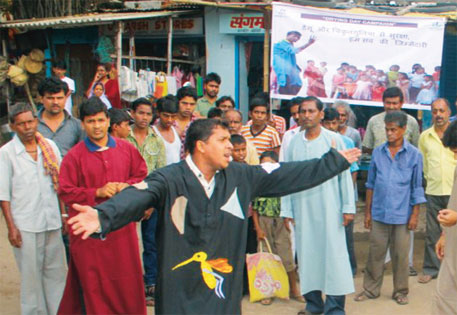 CHIKUNGUNYA, a viral disease transmitted by mosquitoes, had almost disappeared from India in 1973. But it is slowly re-emerging and has affected thousands of people in recent years. Efforts to develop a vaccine against the disease spread by Aedes aegypti or Aedes albopictus mosquitoes have repeatedly failed. In absence of any specific line of treatment, the disease wreaks havoc. The patients can only be given drugs to treat the symptoms like chills, headache, nausea, vomiting, joint pain and rashes.

Researchers from the National Institute of Virology (NIV) in Pune have now developed two vaccines for the disease. One consists of a protein sourced from the Chikungunya virus (CHIKV) and the other contains the whole virus that has been chemically inactivated. Laboratory experiments have shown that the vaccines offer complete protection against the disease in female mice.

The vaccine has been developed using the East/Central/South African (ECSA) type of the virus. The virus is classified into Asian, ECSA and West African types based on the differences in the structure of a protein known as E1. The protein ensures the survival of the virus inside the mosquitoes.

This is one of the four proteins responsible for the formation of the envelope or the outer wrapping of the body of the Chikungunya virus. Previous attempts towards developing a vaccine against chikungunya were made using inactivated Asian type viruses. The vaccine was, however, withdrawn as it showed adverse reactions during clinical trials. In India, the previous outbreaks were caused by the virus of Asian type but a shift to ECSA has been noted recently.

For the new vaccines, the NIV researchers used the Chikungunya virus isolated during the 2006 outbreak from a patient’s body. They prepared two vaccine formulations for the experiment. First consisted of a whole virus inactivated by either formalin or beta-propiolactone (BPL) and the other one had a recombinant E2 viral protein (rE2p) in alum. Different adjuvants, chemicals that are used to enhance the efficacy of drugs and vaccines, like alum, were used in the preparations for the experiments.

For the experiment, female mice were injected with two doses of a vaccine at a gap of two weeks. They were then infected with the Chikungunya virus, first after two weeks of the vaccination and then again after 20 weeks. After a few days, it was observed that no virus survived in the body of these mice. On the other hand, brain, spleen, muscles and blood of the control mice, which were not vaccinated, exhibited high levels of the virus.

“We found that the vaccine containing the virus inactivated by bpl had an edge over the formalin-inactivated preparation,” says lead researcher Vidya A Arankalle of NIV. She, however, says the rE2p vaccine prepared in alum is safer and easier to purify and large number of doses can be prepared in short time. This formulation is, therefore, best suited for the chikungunya vaccine, she adds. The findings have been published in Vaccine on September 21.