Prolonged exposure to pesticides can lead to Type-2 diabetes 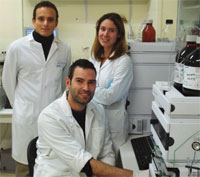 NOT just lifestyle and heredity, pesticides, too, can give you diabetes. A study by researchers from the University of Granada in Spain has found a direct link between exposure to pesticides or Persistent Organic Pollutants (POPs) and prevalence of Type-2 diabetes in adults. It shows that people with higher concentrations of DDE, the main break-up product of banned pesticide DDT, are four times more likely to suffer from diabetes compared to others. POPs include organochlorine pesticides, widely used in agriculture, and polychlorinated biphenyls, used worldwide in industrial and commercial applications.

“The mechanism of action by which POPs increase the risk of diabetes is still unknown. However, some researchers have suggested that they might cause an immunological response when they penetrate estrogen hormone receptors in tissues associated with the metabolism of sugars,” says one of the researchers, Juan Pedro Arrebola, of the department of radiology and physical medicine.

WHO data shows around 347 million people have diabetes and the disease kills an estimated 3.4 million people annually. According to the study, published in Environmental Research on December 3, pesticides accumulate in body fat and their concentration is directly proportional to the body fat. Hence obese people may have higher risk of developing diabetes.

For the study, the researchers collected samples of fatty tissue and serum from 386 people undergoing non-cancer-related surgery at San Cecilio hospital, Granada, and Santa Ana hospital, Motril, Spain. They analysed these samples for POP residues. “Statistically significant associations were found between the adipose tissue concentrations of certain POPs and the risk of Type-2 diabetes,” say the researchers. Thirty four people in the study were diagnosed with Type-2 diabetes and the average POP concentrations in their fat samples ranged from 6.6-161.5 nanogram/g of lipid.

“We always think of traditional risk factors like diet, obesity and lifestyle as important factors for Type-2 diabetes epidemic worldwide. It is time to think of novel risk factors like ubiquitous pesticide use,” says Krishnan Swaminathan, consultant endocrinologist at Apollo Hospital in Madurai.