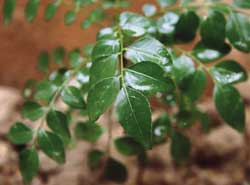 "Mahanine did not cause death of liver cells, heart or skeletal muscle cells, indicating that this alkaloid selectively kills prostate cancer cells," says Samir Bhattacharya, the lead researcher. "Mahanine promises a new chemotherapeutic option for prostate cancer treatment," says Bikas C Paul, a co-researcher. The findings of the study were published in the journal The Prostate (Vol 66, No 12).

Studying the effects of mahanine on pc3 cancer cells, the team found that mahanine inhibited the activity of akt-- a protein that fuels the growth of prostate cancer cells. It also blocked the generation of Bcl-xL -- a type of protein that helps cancer cells' survive. "At 60 hours, mahanine completely abolished Bcl-xL," says Bhattacharya. Reduction in the levels of Bcl-xL releases cytochrome c, a protein of mitochondria. Cytochrome c activates caspase, an enzyme that further accelerates the death of cancer cells without damaging any neighbouring healthy cells.