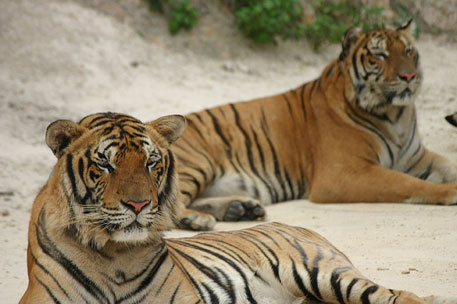 A Chinese official has admitted that his country allows skin trade of captive tigers. The official, during the Convention on International Trade in Endangered Species of Wild Fauna and Flora (CITES), added that there is a ban only on tiger bones in China.

The admission from China came after the presentation of a report which gave details of how the Chinese government had allowed commercial trade in skins from captive tigers. The situation was such that the Chinese delegate “had to respond”, the CITES participant said.

Wildlife experts say tiger farming in China has fuelled demand for the poaching and trafficking of the endangered species elsewhere. There are between 5,000 and 6,000 tigers are in captivity in China. A new report on illegal wildlife trade suggests that around 1,600 tigers, both from captivity and the wild, have been traded globally since 2000, and that China is one of the countries to blame. While it is a major market, countries like Vietnam, Thailand, Lao, Cambodia, Malaysia and Indonesia are also emerging as consumers, where tiger farming is growing. The Species Survival Network (SSN) report claims the skins of tigers, leopards and snow leopards are valued among the political, military and business elite as luxury home decorations in China and are often gifted as part of non-financial bribes.

Just over 3,000 tigers are left in the wild internationally and more than half of those are in India, where 42 tigers were killed last year.