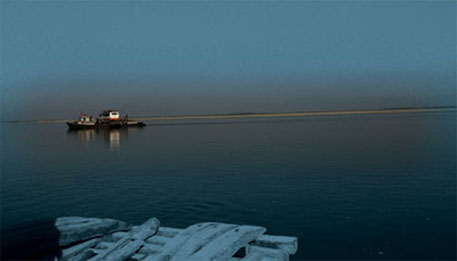 In what appears to be an apparent Save Our Soul (SOS) message to the Centre, the Assam government has requested the NDA government to take up the issue of construction of dams by China with its government in Beijing.

The Congress-led Assam government, headed by Tarun Gogoi, already under pressure after agitations from environment groups, student bodies, opposition parties and various civil society groups over the issue of construction of dams in neighbouring Arunachal Pradesh, is now in a fix with China building mega dams on the Brahmaputra.

The Assam-based civil society group Krishak Mukti Sangram Samiti (KMSS), which has been protesting against big dams in the northeast region for almost a decade now, has even threatened to protest outside the Chinese embassy in New Delhi if the Centre doesn’t take up the issue with the Chinese government.

“The Indian government should take the matter up with China and Bangladesh and talk about making Brahmaputra a neutral zone from China to Bangladesh, where nobody can construct a dam,” says Akhil Gogoi of the KMSS.

Assam chief minister Gogoi, who recently met Prime Minister Narendra Modi in Guwahati while the latter was on a four-day official visit to the northeast, has requested the Modi to take up the issue at the earliest.

Meanwhile, the state government has also submitted a memorandum to the prime minister. “It is learnt that China is constructing some dams on the Brahmaputra river in the portion flowing through Tibet. This has created many apprehensions in the minds of the people. We urge that the matter be taken up with the government of China to ensure that the flow of water in the river Brahmaputra is not altered in any manner detrimental to Assam,” states the memorandum.

Speaking to Down to Earth, Assam water resource minister Rajiv Lochan Pegu said that it is not possible for the state government to take up the issue with Beijing and it must go through the Centre.

“We are always opposed to any projects which could have adverse impacts on our state, and we have also opposed several hydro power projects that have been proposed in neighbouring Arunachal Pradesh, which could impact Assam,” added Pegu. He, however, is hopeful that the Centre will raise the issue with the Chinese government at the earliest.

The Assam government, in a major admission to the Centre through the memorandum, has admitted that all the embankments in the state have outlived their design life and need immediate strengthening. The embankments were constructed immediately after the great earthquake of 1950.

Further, Gogoi has also advocated interstate cooperation for tackling the flood and erosion issue in the region.

According to Assam chief minister, in 2005, the Assam government had proposed to the Centre to set up a North Eastern Water Resources Authority to address the issue of flood and erosion in the state.

“Later on, Union water resources ministry took up a scheme to set up the Brahmaputra Valley River Basin Authority, supported by the state. We have requested that this institutional mechanism be set up at the earliest in the greater interest of Assam and the northeast region,” says Gogoi.

Gogoi, however, also says that he has little expectations from the NDA-led government as the PM has neglected the problems of flood and erosion in the state despite raising them twice in July and October this year.

He further adds that the prime minister has been appraised that land once lost as a result of erosion is lost forever. The state has lost almost 400,000 hectares of land to erosion since 1952 and is losing almost 8,000 hectares of land every year to erosion and for this he has urged the centre to take initiative to operationalise the river basin authority at the earliest.

Gogoi also says that although his government had sought an assistance of Rs 1,915 crore after the floods and another Rs 6,800 crore for repair of old and dilapidated embankments, the NDA government has been lukewarm in its response and has not released funds other than those that were allocated under disaster relief.

Question raised in Rajya Sabha on impact of construction of hydro electric projects on Assam, 21/07/2014