It will rely more on natural and shale gas 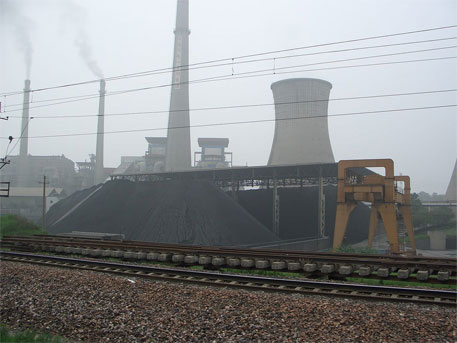 In an attempt to modernise its energy structure and make it “clean and green”, China, on Wednesday, released its comprehensive Energy Development Strategy Action Plan (2014-2020), which includes a long list of targets for future.

This energy strategy plan comes against the backdrop of a recent deal struck between Chinese President Xi Jinping and the US President Barack Obama under which the US pledged to cut its emissions by 26 to 28 per cent by 2025 while China committed to peak its emissions by 2030.

A significant component of the strategy plan is the cap on annual coal consumption below 4.2 billion tonnes until 2020. Beijing, Tianjin, Hebei and Shandong, the Pearl River Delta and the Yangtze Delta region are identified as the focus areas for curbing coal burning. Last year, China consumed 3.61 billion tonnes of coal, and coal made up 66 per cent of the primary energy mix. In the new proposed energy mix, the share of natural gas will be raised to above 10 per cent and that of coal will be reduced to under 62 per cent. China currently relies heavily on imports for its oil and natural gas supplies — 60 per cent of its oil and 30 per cent of its gas is imported.

According to the strategy plan, production of both shale gas and coal-bed methane could reach 30 billion cubic metre by 2020. It is thus evident that China is eyeing to tap and invest heavily in its shale reserves which are estimated to be the largest in the world.

Also, the share of non-fossil fuels in the total primary energy mix, according to the strategy plan, will rise to 15 per cent by 2020 from 9.8 percent in 2013. The world’s second-biggest economy also plans to install as much as 58 giga watts of nuclear power by 2020. The opening of new nuclear power plants would commence mainly in its eastern region.

Owing to its rapid industrialisation and economic growth, China is the world’s largest energy consumer. It is also facing serious challenges of air pollution and climate change and energy crises. The new energy strategy plan aims to make China more energy sufficient by producing 85 per cent of its own energy needs by 2020 in an attempt to move towards low-carbon pathway.
Web edition Web edition News News News US-China climate deal Shale Gas Fossil-fuel energy Energy Development … Down to earth Coal energy
SUPPORT US