Cigar smoking can cause cancer, heart disease and early death, finds a study

Cigars as bad as cigarettes, particularly among experienced smokers 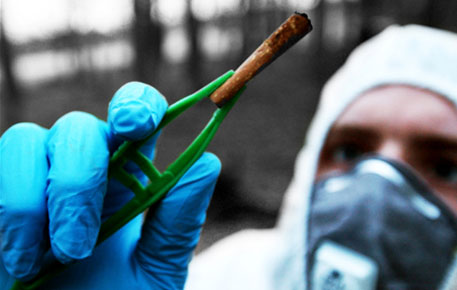 Cigar smokers may have increased levels of potentially cancer-causing ingredients in their blood and urine, according to a survey conducted by US Food and Drug Administration (USFDA).

According to the report published in Cancer Epidemiology, Biomarkers & Prevention, the amount of NNAL, a carcinogen which comes from tobacco, was as high in daily cigar smokers as those who regularly smoke cigarettes.

The studies, according to a Bloomberg report, show that the cigar smokers breathe smoke particles into their lungs while cigar aficionados are supposed to puff rather than inhale.

Jiping Chen, the lead author and an epidemiologist in the FDA’s Center for Tobacco Products was quoted by Bloomberg as saying, “There is no safe level of cigar smoking.”

“Even cigar smokers who don’t smoke every day are exposed to substantially higher levels of toxic compounds,” he added.

The study, which was conducted on 25,522 people, confirms that cigar smoking can cause cancer, heart disease and early death. Americans smoked more than 13 billion cigars in 2010, double the 6.2 billion consumed in 2000, according to the US Centers for Disease Control and Prevention.  The FDA is planning to expand its tobacco regulation to include cigars and e-cigarettes, a move that will likely ban sales to minors and require addiction warnings.

The smokers may be under the misconception that cigars are less dangerous and less addictive than cigarettes, perhaps because the smoke is more irritating and harder to inhale, the researchers said.