Margarita Declaration, issued at the end of the four day pre-COP conference in Venezuela, was backed by UN but goes against the global agency's market-based mechanisms to tackle climate change 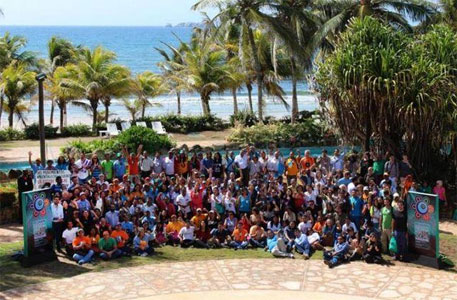 Civil society groups participating in a UN-backed conference on climate change in Venezuela have called for an end to the carbon market and rejected the green economy, according to a report published in a news and analysis website on climate change, RTCC.

The four-day, UN-backed conference was attended by 130 green activist groups. They issued the Margarita Declaration at the end of the four day conference hosted by the Venezuelan government.

The declaration said that the “structural causes of climate change are linked to the current capitalist hegemonic system” which needs to be changed to combat climate change, says the news report.

The declaration added that carbon markets are a “false solution” to the problems of climate change and called UN's scheme for forest conservation, REDD (Reducing Emissions from Deforestation and Land Degradation), “dangerous and unethical”.

Groups who participated in the meeting include WWF, CAN International, Third World Network and Christian Aid.

The declaration precedes the formal UN climate negotiations in Peru (Lima) in December this year. The meeting, called “Social Pre-COP”  is the first time that civil society has been invited to participate with the UN on this scale at international climate talks. The Margarita Decalration, however, goes against UN's schemes to tackle climate change through market-based mechanisms.