A long drought, which started in 1968, led to the virtual extinction of crops and widespread loss of cattle in the region 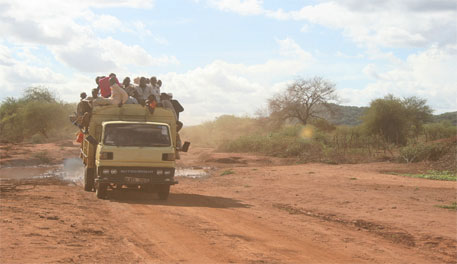 A recent study has pointed out that due to climate change, rainfall has returned to Africa’s Sahel region, more than 30 years after severe drought killed 100,000 people in the 1980s.

However, the author of the study says that this positive short-term impact is accidental and that by continuing to emit greenhouse gases, “we are seriously upsetting a natural system that we don’t fully understand”.

Sahel is a semi-arid region of western and north-central Africa, extending from Senegal to Sudan. A long drought, which started in 1968, led to the virtual extinction of crops and widespread loss of cattle in the region.

Research carried out by scientists at the National Centre for Atmospheric Science, University of Reading, United Kingdom, and published in Nature Climate Change, has shown how increased greenhouse gases in the atmosphere, which have caused global climate change, have triggered a return of seasonal rains to Sahel.

Scientists say that the findings point out how sensitive the African climate is to climate change. For carrying out the study, researchers used a supercomputer climate simulator to study different kinds of influences on North African rainfall.

When the researchers examined the increased amount of rainfall in the regions since the 1980s, they found that around three-quarters of the additional rainfall were caused by rising greenhouse gases in the atmosphere.

“The effects of climate change are complex and there can be beneficial effects for some regions and during some periods of time. Our study suggests that over the last few decades there have been some positive effects for people living in the Sahel region of Africa who have experienced increasing rainfall amounts. However, overall the evidence is compelling that negative impacts of climate change far outweigh any short-term benefits,” Rowan Sutton, the lead author of the study, told Down To Earth.

Previous studies had suggested other factors, pointing out that changes in the temperature of the Atlantic and the Indian Oceans, would be more influential on the region in the short-term, the press release adds.

Sutton says, “…we are beginning to discover how climate change is influencing rainfall patterns. What we are learning shows that human activity is already having a major impact.”

The picture is not as rosy as it seems. The United Nations assessment of climate change impacts, produced by the Intergovernmental Panel on Climate Change (IPCC), shows that Africa will face increased risks from climate change. These include heat waves, rise in sea levels, floods and droughts, leading to crop failures, water shortage and diseases.

Most climate models predict that the Sahel region will be drier in the 21st century. Even slight increase in rainfall is unlikely to reverse the situation since a hotter climate means that evapotranspiration will be more intense. Rainfall variability is a major driver of vulnerability in Sahel.

According to a United Nations Environment Programme (UNEP) report, “The Sahel is highly vulnerable to climate change due its geographical location at the southern edge of the Sahara desert and the strong dependence of its population on rain-fed agriculture and livestock.” Rainfall variability, land degradation and desertification are some of the factors that make life extremely difficult in this part of the world, the UNEP paper adds.

At present, around 200 countries are trying to work out a deal to limit climate change in Bonn, Germany before the Paris conference scheduled in December.

According to a factsheet, no continent will be struck as severely by the impacts of climate change as Africa. Given its geographical location, the continent will be vulnerable due to its considerably limited adaptive capacity.

Africa’s human existence and development are under threat from the adverse impacts of climate change—its population, ecosystems and biodiversity will all be victims of global climate change.