Region-wise analysis in the new IPCC report shows climate change adaptation strategies are still not in place, save for a few initiatives 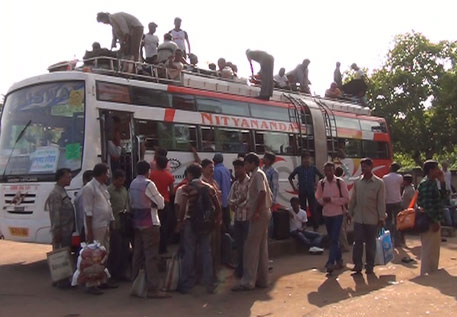 Regional impacts of climate change are crucial indicators to determine the larger global impact. However, according to the fifth report of the Intergovernmental Panel on Climate Change (IPCC), neither the developed nor the developing countries have been able to implement strategies to adapt to climate change.

The report, Climate Change 2014: Impacts, Adaptation, and Vulnerability,  states that there is a wide-ranging variation in data across the planet to which adaptation processes, practices and policy have been studied and implemented in different regions. For instance, Europe and Australia have had extensive research programmes on climate change adaptation, while research in Africa and Asia has been dominated by international partners and relies heavily on case studies of community-based adaptation.

The present report, according to its authors, emerged out of the general statements made two decades ago to a more nuanced discussion on sectoral impacts. A new chapter on oceans has also been added. The chapter highlights recent studies to describe regional impact of climate change on oceans.

Adaptation strategies not in place

The chapters on various regions state that while most European countries have adaptation strategies, only a few have been implemented. Africa also suffers from lack of implementation of plans. In North, Central and South Americas, adaptation plans are in place for some cities. In Australasia, there are few adaptation plans. In the Arctic, they are in their infancy. At the same time, civil society and local communities have the opportunity to play a role in decision making about adaptation in Europe and Asia. In Africa, social learning and collective action are used to promote adaptation. The report further states that all developing regions cite insufficient financial resources for implementing adaptation as a significant limitation.

Climate change is only one among the several factors affecting societies and ecosystems across the world. The chapters on regions in polar and Australasia emphasise the challenges faced by indigenous people and communities in dealing with climate change. “Although they are described as having some degree of adaptive capacity to deal with climate variability, shifts in lifestyles, combined with a loss of traditional knowledge, leave many groups more vulnerable to climate change,” states the report. Further, traditional responses have been found to be mal-adaptive for the communities because they are unable to adjust to the rate of change.

The report further notes that there is a disparity of “copious amount of evidence” that try to measure climate change impacts. While good quality data is emerging from Europe, North America, Australasia, polar areas and oceans, the coverage is sparse in large parts of Asia, Africa and Central and South Americas.

The disparity in data generation creates these variations. For developing regions, it is still the empirical knowledge collected through case studies that builds the conceptual framework for the policies related to adaptation. “Thus, regional approaches to adaptation vary in their degree of generality,” the report states. For instance, Australia and Europe have invested heavily in research on adaptation since the previous IPCC report, and the result is a rich body of literature published by local scientists. In Africa, however, most planned adaptation work is considered to be pilot and seen as part of learning about adaptation.

The report hails the early warning systems that are helping communities across the world to adapt to the changing climate, especially forecast related to warm weather spells. Also, community-based initiatives in developing countries and robust leadership in the European countries have been hailed by the report as future strategies for adaptation to climate change. “Community-based adaptation is happening and being planned in many developing regions, especially in locations that are poor,” the report states. For instance, in the Solomon Islands of Australasia, relevant traditional practices include elevating concrete floors to keep them dry during heavy precipitation events and building low aerodynamic houses with palm leaves as roofing to avoid hazards from flying debris during cyclones, supported by perceptions that traditional construction methods are more resilient to extreme weather. Further, use of mangroves to reduce flood risks and protect coastal areas from storm surges is a measure promoted in Asia, Africa, the Pacific and South America.

In Europe, several governments have made ambitious efforts to address risks of inland and coastal flooding due to higher precipitation and sea level rise during the coming century. Efforts include a multitude of options. “One of the key ingredients is strong political leadership or government champions,” the report states.

Progress and challenges in urban climate adaptation planning: results of a global survey