The superstorm has killed 68 so far in North America 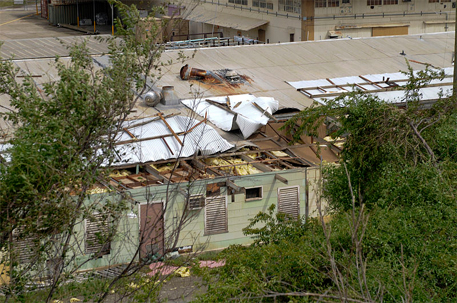 Hurricane Sandy, which climate scientists have called one of the most powerful in history, has reportedly caused 68 deaths across North America, bringing climate change back in focus before the upcoming presidential elections in the US.

Climate change did not find mention in the presidential debates during this year’s election campaign. As Sandy approached the American shores, national media slammed the presidential candidates for not bringing up the subject during their campaigns and debates.

Bill McKibben, founder of 350.org, a global grassroots movement to solve the climate crisis, said in an interview to Democracy Now, “The megastorm comes at a time when President Obama and Republican challenger Mitt Romney refused to make climate change an issue on the campaign trail. For the first time since 1984, climate change was never addressed during a presidential debate. It’s really important that everybody, even those who aren’t in the kind of path of this storm, reflect about what it means that in the warmest year in US history, ... in a year when we saw, essentially, summer sea ice in the Arctic just vanish before our eyes, what it means that we’re now seeing storms of this unprecedented magnitude. If there ever was a wake-up call, this is it.”

During an interview with MTV on October 26, Obama was reported as saying that he was surprised climate change had not come up in debates during the campaign.

Hurricane Katrina, which struck the US coast in 2005, had reignited the debate on climate change in America and kick-started conversations on whether climate change was making storms more intense and causing more storms. It caused widespread destruction along the central Gulf Coast states of the US. Cities such as New Orleans, Los Angeles and Gulfport had to bear the major brunt of the storm that killed over 1,800 people.

Scientists are divided over the link between the storm and climate change. A S Unnikrishnan, senior scientist at National Institute of Oceanography in Goa, points out that a single event cannot be attributed to climate change. However, Raymond Bradley, director of Climate Systems Research Center at the University of Massachusetts told Canadian newspaper Vancouver Sun: “In the wake of last year’s Hurricane Irene, which caused about $15 billion dollars damage from South Caroline to Vermont, and given the steady rise in ocean temperatures as well as air temperatures, to simply dismiss Hurricane Sandy as a freak occurrence would be folly”.

According to National Oceanic and Atmospheric Administration, 2012 witnessed the hottest September in history. In a press statement it said, “The average combined global land and ocean surface temperature for September 2012 tied with 2005 as the warmest September on record, at 0.67°C (1.21°F) above the 20th century average of 15.0°C (59.0°F). Records began in 1880”.

There is evidence that rising sea temperatures can make tropical cyclones like Sandy stronger (Sandy is actually a late-season tropical cyclone). Last year, in an interview to Down to Earth, World Meteorological Organization (WMO) expert Thomas Knutson had said, “Looking at projections, increase in intensity will be up to 10 per cent but that’s too small to be detectable now. It may not be small then—it may in fact be important then. Global warming is definitely about sea level rise (SLR). If storm climate remains same, SLR will cause great surges, and impact coasts. Tropical cyclones are one aspect of the whole story, and it’s not showing any dramatic effects at this point”.