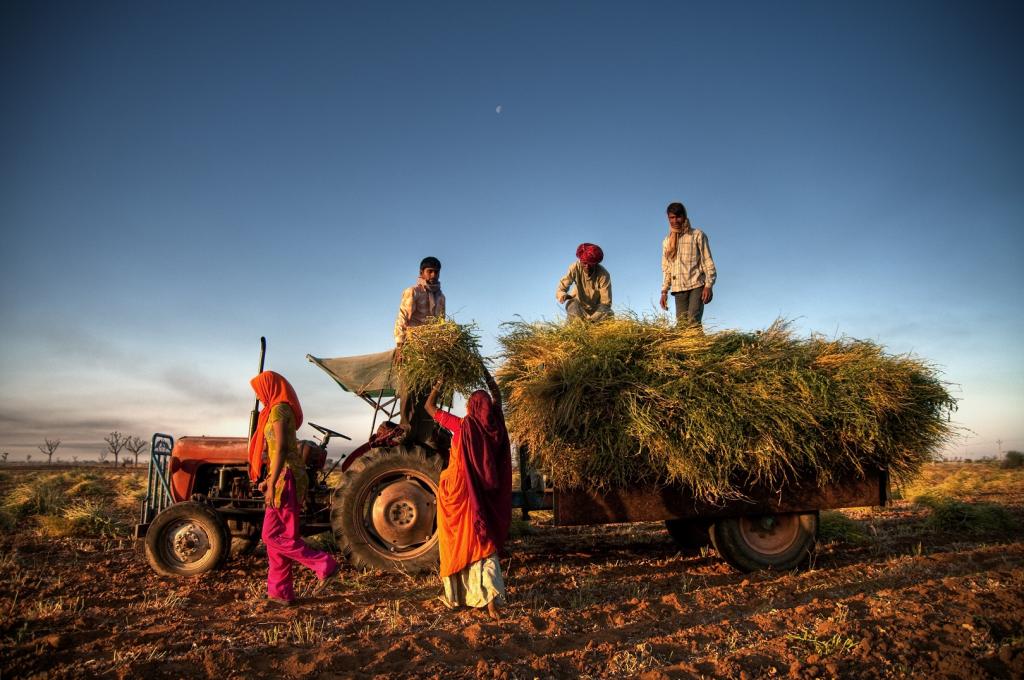 The study says that agriculture is one of the main sources of Green house gas (GHG) emissions. Credit: Getty Images

About 130 national academies — across Africa, Asia, the Americas and Europe — have come together to compile a report urging governments across the globe to change the current approach towards food, nutrition, agriculture and the environment, and improve the sustainability of global food systems.

According to the Food and Agriculture Organization of the United Nations (FAO), the absolute number of undernourished people — those facing chronic food deprivation — has increased to nearly 821 million in 2017, from around 804 million in 2016.

Scores of people have been reported to be suffering from micronutrient deficiency and disorders associated with being overweight or obese. The food security status has worsened in parts of Africa, South-East Asia and Western Asia, and especially in areas affected by conflict, and droughts, floods or other natural disasters.

Agricultural production cannot expand infinitely — it is critically important to avoid further depletion of ecosystems and biodiversity, says the study. According to the World Bank, approximately 11% of the Earth’s land is used for arable purposes, with over one-third used for agriculture, including pasture and grazed forest lands, it says.

“Our food systems are failing us. Next week at COP24, we need to see leaders take action on climate change and go beyond political statements. It is not only the environment that is at stake, but health, nutrition, trade, jobs and the economy," said professor Joachim von Braun, Co-chair of the IAP project, president of the Pontifical Academy of Science, and Director of the Center for Development Research (ZEF) at the University of Bonn.

The drive for calories in food production is causing health challenges, including obesity, says the report. Climate change is only adding to the insecurity and inequalities in food and nutrition.

“In addition to climate change, our current food systems are negatively impacting people’s health around the globe. High-calorie diets have become cheaper, and this has serious implications for public health, obesity, and malnutrition. Science is critical to tackling the Sustainable Development Goals, in particular, hunger and health,” said professor Volker ter Meulen M.D., co-chair of the IAP project and President of IAP.

The study adds that agriculture is one of the main sources of Green house gas (GHG) emissions and, currently, food systems account for about 30% of emissions, about half being derived from agricultural production and half from land conversion.

According to the report, some of the actions to mitigate the contribution of food systems to GHG emission and climate change can include reduction in over-consumption of food, changing specific dietary habits, and ensuring that people globally have access to nutritious, affordable and environmentally sustainable food.

Deriving conclusions about the future of animal production, in addition to GHG emissions and biological efficiency of production, considerations such as type of animal, health/nutrient characteristics of animal-based food, other products from animals and alternative land use are all important, it says.

Climate-smart agriculture, incentives for consumers to change their diets, innovative foods, and cutting-edge technologies are indispensable while addressing the root causes of our failing global food system, says the report. It suggests that policy makers need to find ways to change consumer behaviour, and make people understand the environmental implications of food choices. Reducing food waste should be prioritised, it says.

Further, it suggests reducing meat consumption in regions like Europe and promoting innovative foods and diets. IAP advises creating an international advisory panel on food and nutrition security and agriculture, to include participation by academies and to strengthen international governance mechanisms.

The report gains importance in the backdrop of climate change talks, set to commence in Poland, urging governments to consider immediate steps to tackle the crisis arising out of failing global food systems and subsequent climate change.