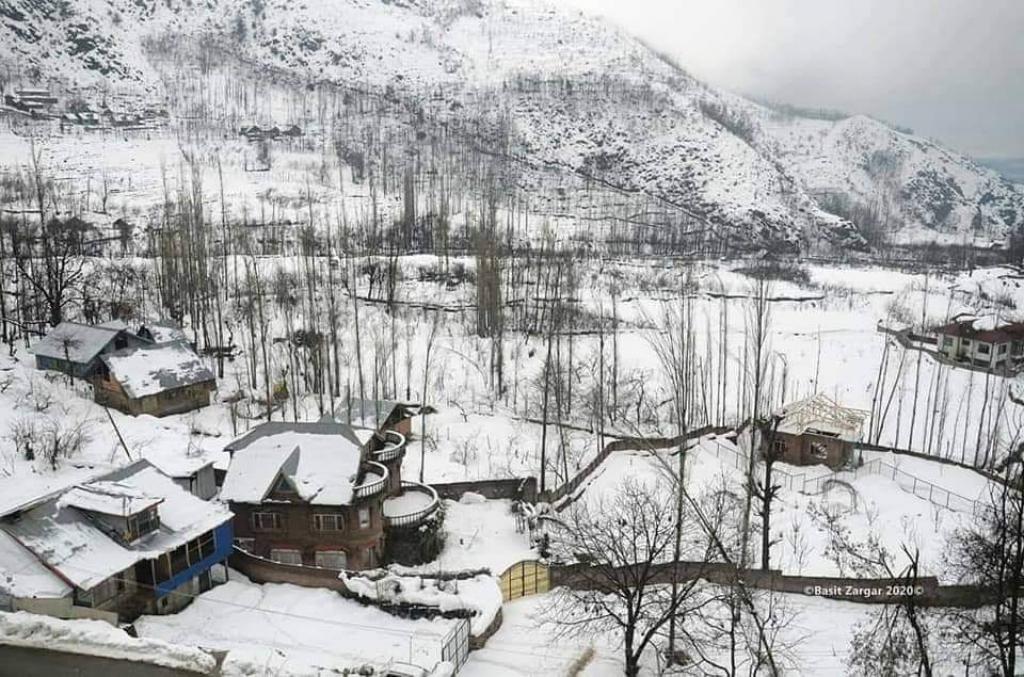 A four-day-long spell of snowfall in Jammu and Kashmir — the heaviest since March 2005 — has cast a shadow on life in the Union territory. Reports of widespread damages have poured in from several parts, which also stand disconnected from the rest of the country.

The Jammu-Srinagar highway, the only viable road that connects Kashmir with the country, reopened after seven days on January 10. Operations at Srinagar airport were also suspended.

The unusually heavy snowfall has shone the spotlight on the climate crisis. Sonum Lotus, director, Jammu and Kashmir Meteorological Department, however claimed that snowfall in “some winters did not prove anything about the existence of climate change or its absence”.

“Precipitation of a few winters hardly matters,” he told Down to Earth. “To assess climate change, we need to study the data of 20-30 years. That alone will give us some idea.”

He added the climate change was a “universal reality” and that Kashmir was no exception. “But it doesn’t mean there will not be heavy snowfall now and then,” he added.

The decision was taken in a meeting of deputy commissioners and senior superintendents of police.

“This will make it easy for the government to provide relief and ex gratia to the people who suffered damages. This was not possible otherwise,” director, disaster management, Amir Ali told Down to Earth.

“By declaring snowfall a state-specific natural calamity, it has become a notified disaster. It enables the State Disaster Response Fund (SDRF) to provide relief. The SDRF couldn’t have done it otherwise”.

Under SDRF, an ex gratia of Rs four lakh was given in case of the death due to snowfall and Rs one lakh if the house was damaged, said Ali.

This is second time in the last two years that the government has declared snowfall a state-specific calamity. The snowfall of November 3, 2018 was earlier declared a notified disaster. It had caused extensive damage to agriculture and horticulture crops as well as produce in the Valley.

As many as 300 people died in the snowfall of March 2005. At least 56 of them were at Waltengo Nar in South Kashmir when an avalanche took place. This snowfall had followed the one in 1979.

“There was no SDRF back in the day, so the snowfall event was not declared a natural calamity. But people were provided relief. The government can always provide relief under a special dispensation,” Ali said.

The floods of September 2014 were declared a national disaster.  This had brought National Disaster Relief Force (NDRF) instead of the SDRF to the scene. The Centre had provided a total assistance of Rs 5,039 crore to the then state. As many as 160 people had died.

The Valley received bountiful snow in winters in the last three years. The temperature in Srinagar touched 14.2 degrees Celsius against an average of 6.9°C in January, according to India Meteorological Department data on January 22, 2018.

Similarly, the temperature on the same day at Gulmarg and Pahalgam, the Valley’s famous tourist resorts and one of the coldest places, touched 8.8°C and 11.9°C respectively. This was when the average temperature for the two places in the month was 0.4°C and 4.2°C respectively.

In 2016, the State Action Plan on Climate Change (SAPCC) revealed a steady decline in snowfall over the years.  Kashmir, according to the SAPCC, had witnessed a rise in temperature of 1.45°C over the preceding last two decades.

It predicted a further 2°C rise of temperature. Kashmir’s temperature between 1879 and 1979 had registered an increase of only 0.7°C.

Glaciers in the region have also shrunk at a significant rate, according to a recent study published in the journal Scientific Reports. The study was carried over the Jammu, Kashmir and Ladakh region, including areas across the Line of Control and Line of Actual Control. As many as 12,243 glaciers were studied for thickness and mass changes.

But the winters like the last three have offered some hope. “The government may have declared the recent snowfall as a natural calamity but in reality it is a blessing for Kashmir,” said Abdul Ahad Partay, a resident of Mandigam in North Kashmir. “Kashmir needs more snow for water in its streams and rivers. This also replenishes our glaciers and water tables”.