‘Climate wrecker’ US pushes its regressive agenda at IPCC talks 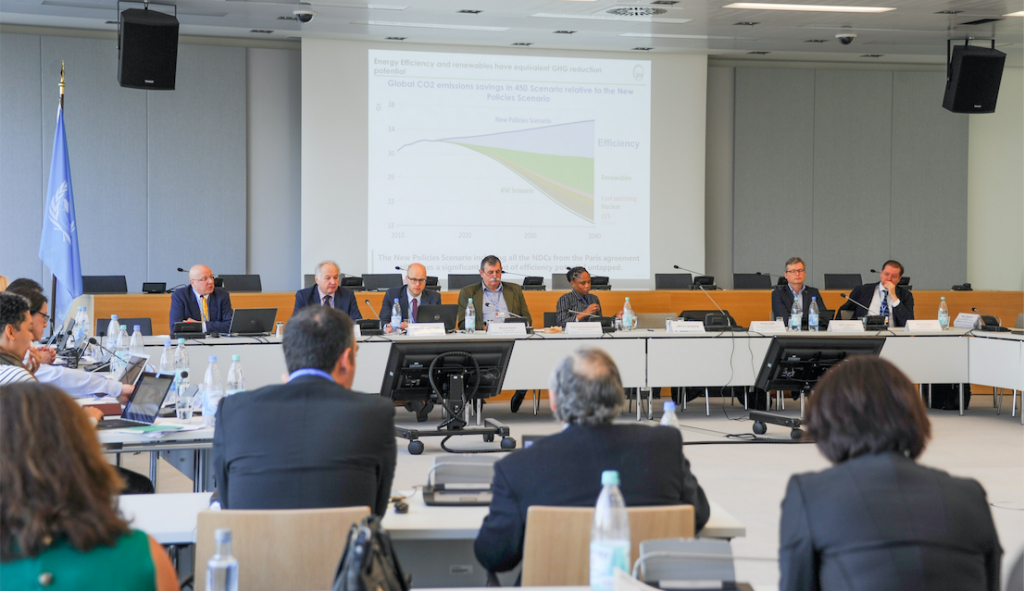 The leaked draft of the collated comments from different governments for finalising the Summary for Policymakers of the IPCC’s Special Report on 1.5 degrees Celsius raises serious concerns about the way discussions are being politicised. The talks are being held at Incheon, Republic of South Korea for finalising SPM and releasing the Special Report after due consideration.

The content of the draft is dominated by US’ comments on almost every aspect of the SPM. Very often, the comments are misrepresentation of facts and an attempt at pushing its domestic (anti) climate policies.

Firstly, it doubts the idea of countries striving to reach 1.5°C by making ambitious efforts, in accordance with the spirit of Paris Agreement. It has stressed more on the challenges and uncertainties of scaling up of technologies and other solutions to limit warning to 1.5°C.

Secondly, while the world is witnessing increasing impacts of climate change, the US has questioned the science and methodologies used to present the impacts of climate change at 1.5°C. It argues that climate models “have over-estimated the rate of global warming since 1990s” and this logic must be used to discount the estimates of future warming. It has questioned the overestimation of loss of species, increase of average mean temperatures, biome, and sea level rise as a result of increased global warming.

US has also objected to the use of Sustainable Development Goals (SDG) within the ambit of IPCC. In one of its comments, it has pointed out that SDG is different from sustainable development and that “IPCC should not take it upon itself to plot a vision for global attainment of sustainable development goals via the climate policy.” The larger objective of the IPCC’s Report and Summary for Policymakers is to help policymakers understand the implications of warmer world and scale up ambition to devise sound and effective climate policies. Focusing on SDGs and Disaster Risk Reduction and Management measures in line with climate goals can help policymakers align and synchronise their climate policies, a point that US has failed to recognise.

Moreover, it misrepresents facts to argue that poverty and climate change may not be necessarily linked. It cites India and China as examples. According to the US, poverty levels have gone down in these countries despite them not having adequate adaptive capacities to deal with climate change, now and in the future. On the contrary, World Bank 2016 report shows that climate change could push more than 100 million people into extreme poverty by 2030. In fact, in its new study released in June 2018, it claimed that South Asia alone would be warmer by 1.6°C to 2.2°C by 2050, far above the global average, sharply lowering living standards of over 800 million people.

Research also warns us that crop yields could diminish up to 30 per cent in Central and South Asia by mid-21st century, and countries like India may need to import more than twice the amount of food grain by 2050. It is evident that climate change impacts would nullify the gains of poverty and hunger reductions.

Endorsing and advocating its established climate stance, the US stresses on deletion of “common but differentiated responsibility and respective capabilities” to implement equity and finds the clause in the present text “unnecessary”. It further stresses on including and elaborating on energy efficiency, nuclear power and carbon capture technologies and forest management in the SPM.

The US, undoubtedly intends to withdraw from the Paris Agreement, but its also gives a hint that it can re-join if the terms are made favourable for American people. So far, it has been the most active deliberator at the ongoing IPCC talks. Although its every comment is unlikely to find space in the final Summary for Policymakers, there is, nevertheless, a serious risk that in the absence of counter comments and interventions by other Parties, the US’ anti-climate narrative could largely downplay the concerns that the final SPM should reflect.