‘Geoengineering could be catastrophic for the planet’

Scientists warn about the perils of tackling global warming with geoengineering 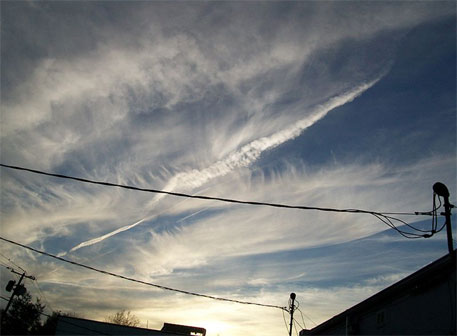 Scientists have warned that geoengineering, an emerging discipline that seeks to tackle problems related to climate change, could have “catastrophic consequences” for the planet’s inhabitants.
The statements were published in a report in British daily, The Guardian, on Wednesday. The report talked about three different studies undertaken to evaluate “the promise and perils of geoengineering”.

The researchers examined two types of geoengineering—solar radiation management (SRM) and carbon dioxide removal (CDR)—and reached two conclusions. One was that billions of people would suffer worse floods and droughts if SRM was used to block warming sunlight. The other was that CDR, which sucks carbon dioxide from the air, was less risky but would take many more decades to develop and take effect.

Matthew Watson, at the University of Bristol, led the Stratospheric Particle Injection for Climate Engineering (Spice) project which abandoned attempts to test spraying droplets into the atmosphere from a balloon in 2012. But he said on Wednesday, “We will have to go outside eventually. There are just some things you cannot do in the lab.”

Steve Rayner at the University of Oxford, who led the Climate Geoengineering Governance project, said the research showed geoengineering was “neither a magic bullet nor a Pandora’s box”.
Piers Forster, at the University of Leeds, led a project using in-computer models to assess six types of SRM. All reduced temperatures and also, worsened floods or droughts for 25 to 65 per cent of the global population.

Rayner said SRM could probably be done within two decades, but was difficult to govern and the side effects would be damaging. He also noted that SRM did not remove carbon from the air.
In contrast, he said, CDR tackled the root of the climate change problem by taking CO2 out of the atmosphere. It would be much easier to govern and would have relatively few side effects. But Rayner said it would take multiple decades to develop CDR technologies and decades more for the CO2 reductions to produce a cooling effect.

Both Watson and Rayner said the international goal of keeping warming below the “dangerous” level of 2°C would only be possible with some form of geoengineering and that research into such technology should continue.