195% more Africans affected due to extreme weather events in 2019

A whopping 195 per cent more Africans were affected by extreme weather events in 2019, with the continent witnessing an increase in such events as compared to 2018, according to data from the international disasters database maintained by the Centre for Research on the Epidemiology of Disasters in Brussels.

Africa recorded 56 extreme weather events this year, as compared to 45 extreme events in 2018.

Seventy-nine per cent of those affected were in just five African countries — Zimbabwe, Kenya, Mozambique, Tanzania and Somalia. 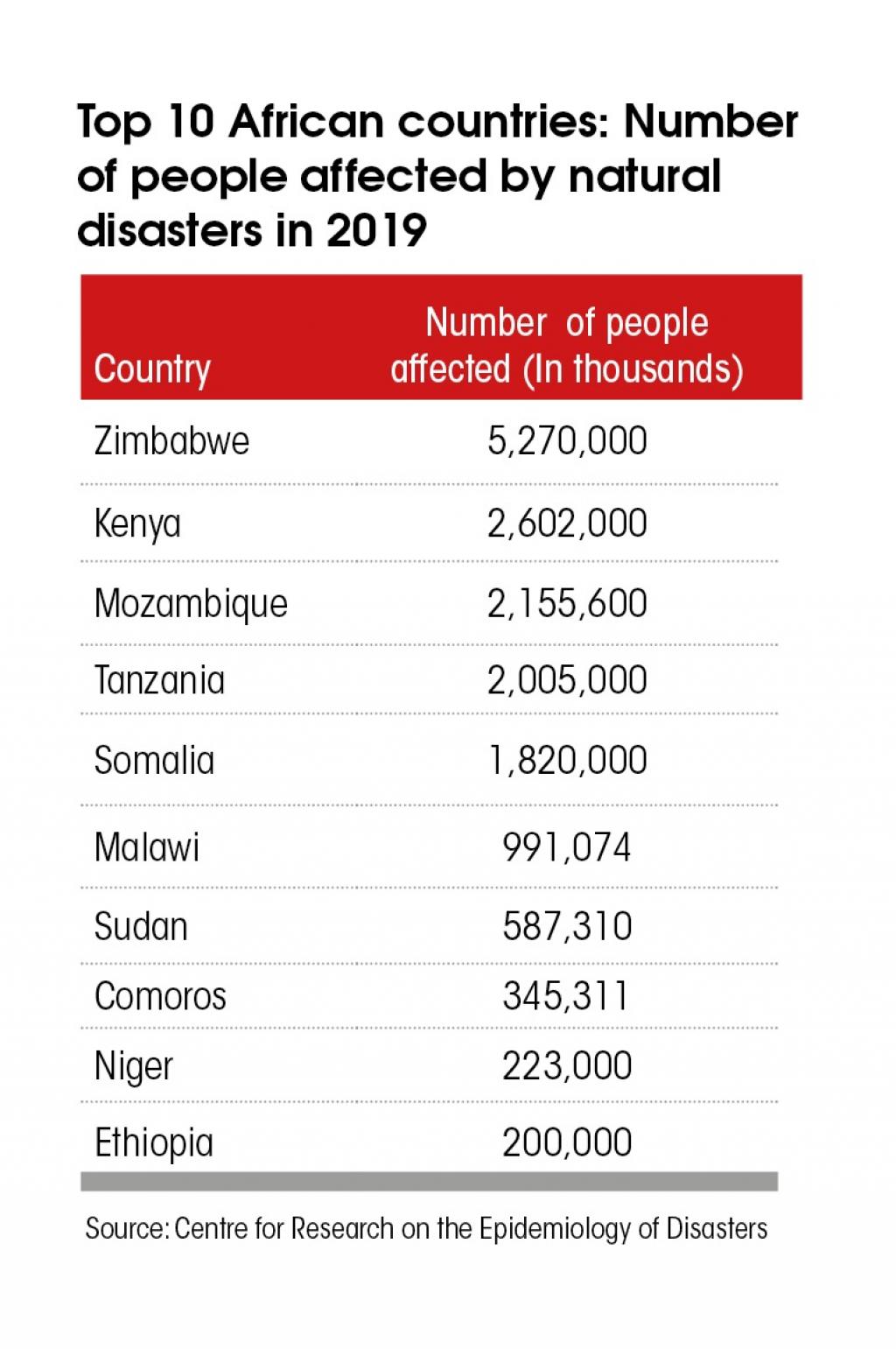 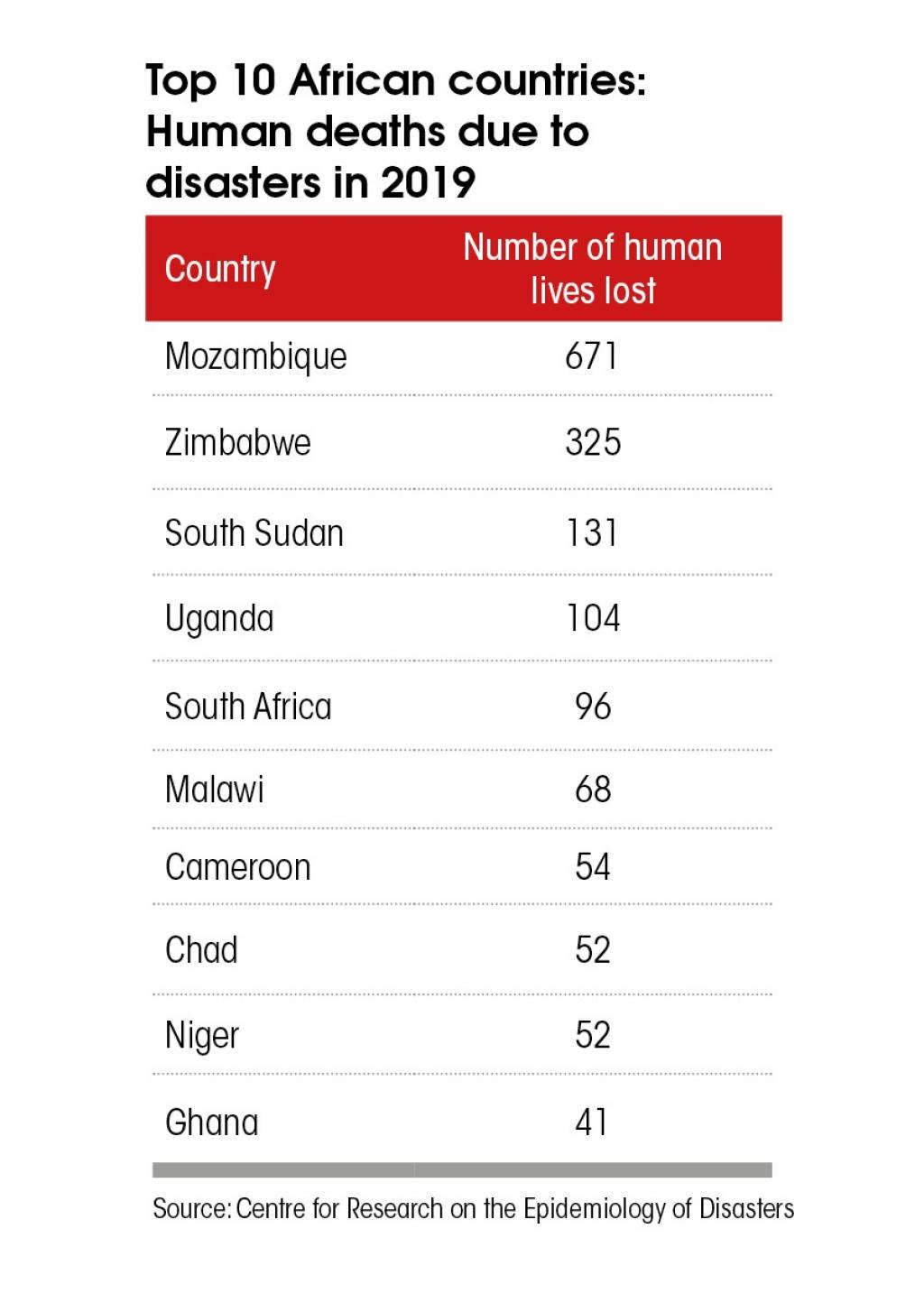 Drought and cyclones were the two leading disasters which affected most of the people in Zimbabwe, Kenya, Mozambique and Tanzania.

According to the United Nations, Cyclone Idai, which affected Mozambique the most along with Malawi and Zimbabwe in March 2019, was supposedly the worst disaster to strike the southern hemisphere

In terms of death toll, Mozambique ranks first primarily due to the extra-tropical storm that killed around 600 people. South Africa, where 96 people died, was among the countries with the least number of people affected. For a country which ranks as the second-largest economy in Sub-Saharan Africa, this is worrying.

The continent lost around $2.4 billion, as compared to 0.8 billion in 2018. Africa is, and will be among the regions that are most vulnerable to climate change, warned a study conducted by the scientists of Met Office Hardley and Institute for Climate and Atmospheric Science, University of Leeds, based in the United Kingdom.

Meanwhile, the International Research Institute for Climate and Society at Coulmbia University in the United States has projected a very high probability of deficit rainfall during January-June 2020 in Southern African countries including Zimbabwe; and above normal rainfall during January-March 2020 in eastern equatorial Africa.

The continent should, therefore learn from the experiences of 2019 and focus on planning and actions for climate-resilience in 2020.