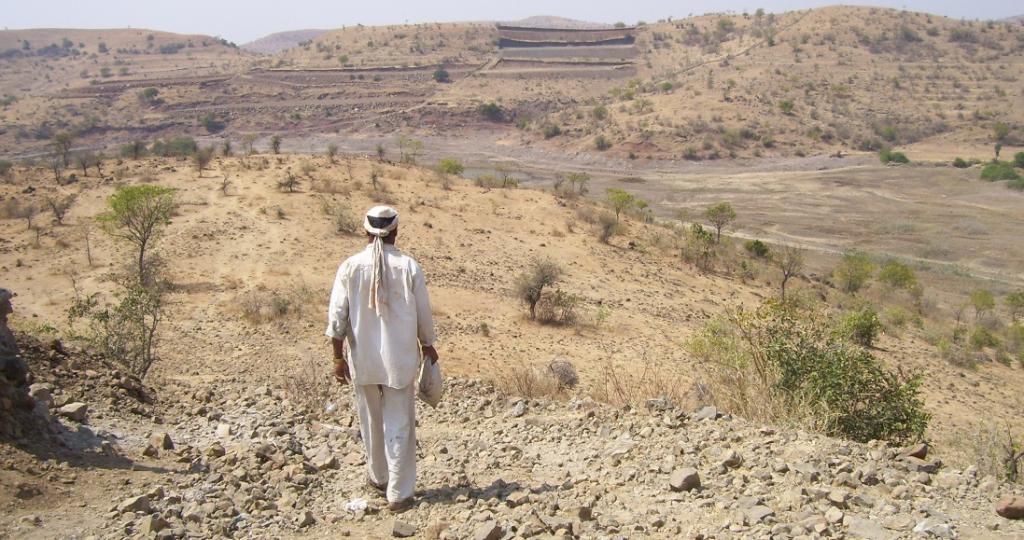 Droughts affected 1.4 billion people in 2009-19, according to a new UN report on disasters in the first two decades of the new century. Photo: Aparna Pallavi / CSE

The United Nations Office for Disaster Risk Reduction (UNDRR)’s latest report on disasters in the last two decades delivers a dire warning on how climate change has become unbridled.

Shifting rainfall patterns and greater variability in precipitation poses a risk to 70 per cent of global agriculture that is rainfed and the 1.3 billion people dependent on degrading agricultural land

Rainfed agriculture — farming that depends on only rainfall — plays a critical role in global food production and a significant number of poor populations depend on this agriculture for survival.

In India, 51 per cent of total sown areas are rainfed and these areas contribute nearly 40 per cent of the total food production in the country, according to the Union Ministry of Agriculture and Farmers’ Welfare.

The UNDRR report says that between 2000 and 2019, climate-related disasters killed over 0.51 million people while affecting 3.9 billion people worldwide.

Debarati Guha-Sapir, a professor with the Centre for Research on the Epidemiology of Disasters, University of Louvain, Belgium that partners with UNDRR for this report, said: “If this level of growth in extreme weather events continues over the next 20 years, the future of humankind looks very bleak indeed.”

Drought that hurts agriculture the most, particularly for rainfed farming, is the second-most impactful type of disaster in terms of number of people affected. It accounts for just five per cent of total disaster events. But it affected 1.4 billion people in 2009-19.

Africa was the worst-hit by drought in the last two decades. It accounted for 40 per cent of total global droughts in 2009-19. “Droughts take a high human toll in terms of hunger, poverty and the perpetuation of under-development,” the report said.

They are associated with widespread agricultural failures, loss of livestock, water shortages and outbreaks of epidemic diseases. Some droughts last for years, causing extensive and long-term economic impacts, as well as displacing large sections of the population.