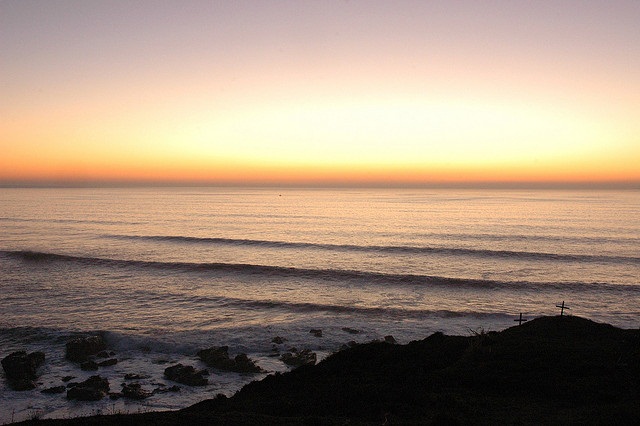 In what can be a major cause for concern, the World Meteorological Organization (WMO) has termed the current El Niño prevailing in the tropical Pacific Ocean as the strongest ever since 1997-98.

According to the international weather agency, this year the situation is among the four strongest events to have occurred since 1950. Other marked El Niño years were 1972-73 and 1982-83.

El Niño is one of the main drivers of the climate system and contributes to extreme weather events such as droughts and floods in various parts of the world. It also has a warming influence on the average sea surface temperature (SST).

This year, the El Niño has already affected the South Asian monsoon. For the first time, the India Meteorological Department (IMD) had issued a drought forecast, predicting monsoon rainfall 12 per cent below normal.

“We are seeing that (the) Indian monsoon right now is almost 12 per cent below normal. There is only a month left of the summer monsoon season, (thus) making it difficult to recover,” WMO El Niño expert Rupa Kumar Kolli said.

It has been seven months since the presence of El Niño near the Australian coast. The situation has led to severe drought in the South Asian region. Typically, due to the presence of warm air over the eastern Pacific, dry condition prevails over Australia, Indonesia and South Asia.

If the El Niño persists and gets stronger, which is the prediction, severe weather consequences may be expected worldwide, weather experts said.

The El Niño which occurred 15 years ago is considered to be the most devastating so far. According to the National Oceanic and Atmospheric Administration, temperature and precipitation records were broken across the US at that time. Several areas suffered heavy floods and a series of severe tornadoes killed over 120 people.

Elsewhere around the world, the El Niño of 1997-98 contributed to drought and wildfire in Mexico, Indonesia and Brazil and a devastating flood in South America.

The peak strength of this year’s El Niño is expected sometime during October and is likely to last till January 2016. Its impact will become clear in the next four to eight months.

“Compared to the last major El Niño event in 1997-1998, there is much more information available,” Maxx Dilley, the director of WMO’s climate prediction and adaptation division said. “We have better models and are much more prepared.”

Ahead of the full onset of this year’s El Niño, 2014 was nominally the warmest on record, with record ocean heat and high land-surface temperatures. The trend has continued in the first seven months of 2015.

David Carlson, the director of the WMO co-sponsored World Climate Research Programme, said the 2015 El Niño was the first to take place since the rapid melting of the Arctic sea ice and snow cover.

“The last big El Niño was (in) 1997-1998. The planet has changed a lot in 15 years. We have had years of record Arctic sea ice minimum. We have lost a massive area of northern hemisphere snow cover, probably by more than 1 million square kilometres in the past 15 years. We are working on a different planet and we fully do not understand the new patterns emerging… Climate change is increasingly going to put us in this situation.”

Carlson said the 2015 El Niño is unique because of the unprecedented combination of the equatorial influence of El Niño and the Arctic influence of low sea ice and snow cover in place at the same time.