With extreme weather events becoming the new normal, forecasting has become more important than ever. It's time African nations invest in observation networks 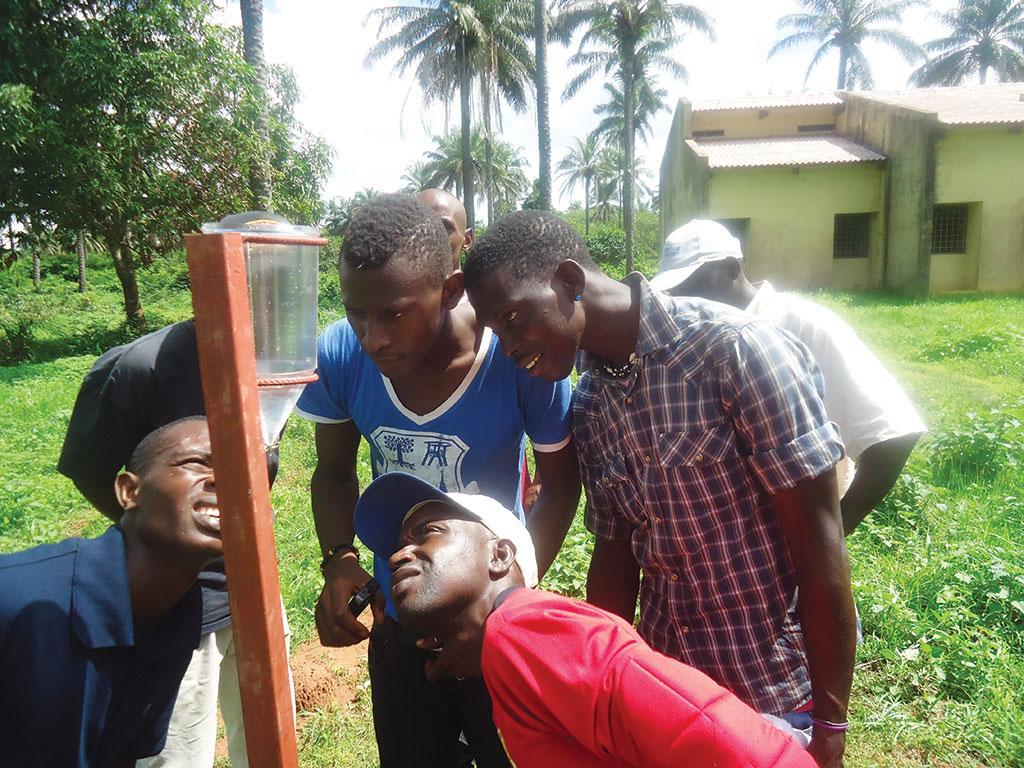 It's odd that every year Africa bears a major brunt of natural disasters and yet, its weather infrastructure system is both outdated and dilapidated. Worse, the continent has the lowest coverage of weather observation networks, making it difficult to generate reliable data to mitigate climate change impacts. According to a World Bank report published in September 2017, some 54 per cent of the continent’s surface weather stations and 71 per cent of its upper-air weather stations (where sensors are released into the atmosphere through balloons) are unable to capture accurate data. This is due to negligence over the years and the lack of investment in upgradation of the infrastructure, the report says.

The fallout is countries are spending as much as 1 per cent of their Gross Domestic Product (GDP) every year to tackle weather- and climate-related disasters, such as floods, droughts, cyclones and landslides, which affect at least 10 million Africans annually. In the past 20 years, weather adversities have cost the continent a whopping US $10 billion, according to a statement released at a forum of the African Ministerial Conference on Meteorology in Addis Ababa in September last year. Commenting on the situation, Joseph Mukabana, director of the office for Africa and Least Developed Countries at the World Meteorological Organization (WMO), says due to the low coverage of weather stations, large parts of the continent cannot be monitored. These areas include parts of Central Africa, some of the most backward regions in the world when it comes to weather data reportage. “In Africa, there is one weather station per 26,000 square kilometres (sq km), which is eight times lower than WMO’s minimum recommended level,” Mukabana adds. This makes it difficult to address critical issues like poverty eradication and sustainable development.

Since lack of infrastructure and proper data hampers the ability of national meteorological and hydrological services in Africa to produce good, impact-based forecasts, including short-range, medium-range-and seasonal ones, there is a need to strengthen weather monitoring network to tackle extreme weather events. “Weather stations help in water resource management, agricultural production, food security, development of hydro- power generation and other renewable energy sources. They also help in early warning and real-time environment monitoring and air quality forecasts,” Mukabana points out.

But for quality forecasts, good weather equipment are a must. According to Peter Ambeje, director of the Kenya Meteorological Department, WMO sets the standards for weather equipment across the world, both manual and automatic. Right now, owing to the high cost of equipment, weather stations’ network is poor. While setting up a modern (automatic) weather station involves one-time cost of about $30,000, managing an upper-air station costs the Kenyan government an additional $400 daily. The latter costs more as the sensors launched into the atmosphere daily early morning with the help of balloons disintegrate after capturing information and transmitting them to computers. As costs are high, several countries in the continent do not have upper-air stations. And Kenya is the only one that operates it in the East Africa region, Ambeje adds.

Kenya plans to have a total of 300 stations to ensure proper weather coverage. It has currently installed 72 automatic stations, besides another 40 manual ones. But when it comes to weather stations, automatic ones are better than manual stations. Unlike manual stations that collect data every hour, automatic stations are configured to transmit data every 10 minutes. The data is later coded and shared within a global network of meteorology for use by various sectors like aviation, agriculture, emergency response and aid agencies.

Govt must invest in robust system

“In the past when weather was predictable, Kenyan farmers could expect the onset of rains around March 15 every year. This is no longer guara nteed. So, demand for weather information has gone up,” Ambeje explains. It remains to be seen whether innovative and cost-effective technologies will emerge to bridge the gap. To ensure that the continent does not turn into a dump ing ground for cheap technologies, Mukabana says, governments are advised to use technologies validated by WMO (see interview).

According to WMO, firms which manufacture equipment undergo an inter-comparison experiment to validate their performance and to ensure adherence to basic standards. “It is important to observe standards because data is shared across the world to ensure real-time forecasting,” says Mukabana. Though low-cost technologies can be used to measure rainfall, other instruments must be of high quality, sufficiently robust to last for at least 10 years in the hot and humid African climate. As meteorological equipment are precision instruments they are not cheap, and so, governments must be prepared to invest in them. An investment of $1 to improve meteorological services has a maintenance cost of $7-10. This is much less than hydro-meteorological disasters, such as droughts and floods, that put 10-20 per cent burden on a country’s GDP, he adds.

The consequences of the lack of proper weather forecasting infrastructure are dire. With large parts of Africa facing impacts of climate change, robust technology is required to initiate adaptation measures for protection against disasters.

(This article was first published in the 16-31st May issue of Down To Earth under the headline Weathering poor network).