Since 62% Sub-Saharan Africans have no access to power, the area is uniquely suited to renewables

Since Sub-Saharan Africa is largely off grid, it has great opportunity to skip installing fossil fuel-based power generation infrastructure and jump to renewables 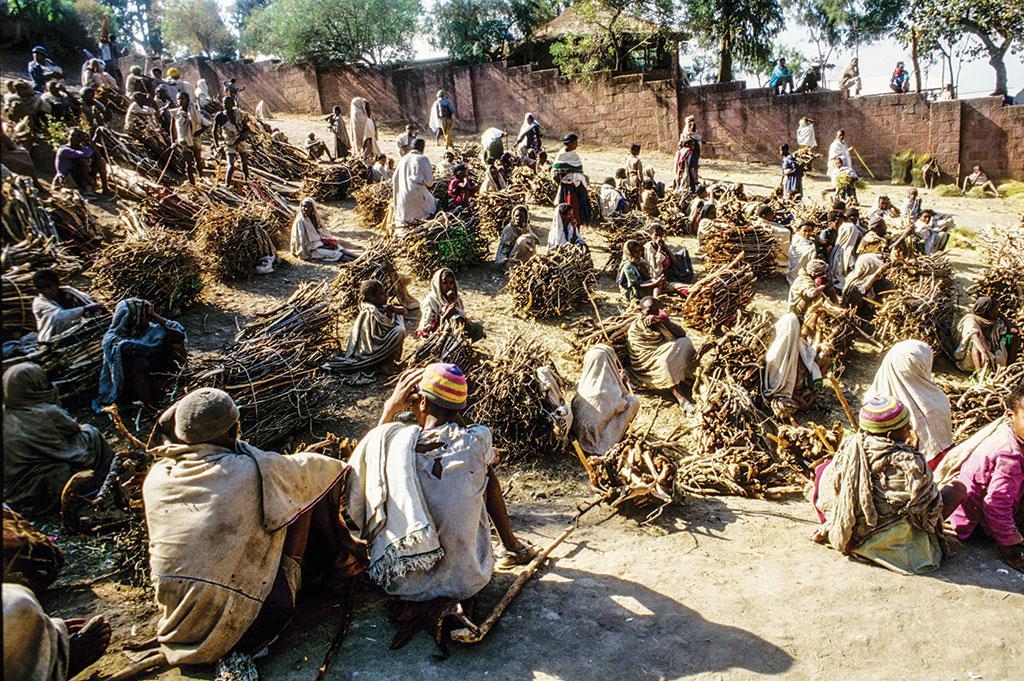 The region has the largest number of countries with the lowest rates of electrification.

A person living in a remote village in northern Nigeria spends 60 to 80 times more to purchase a unit of electricity than somebody living in New York. That’s how expensive electricity is in Sub-Saharan Africa (SSA), a geographical grouping of 49 African nations lying south of the Sahara desert. The reason behind the high cost is acute shortage of electricity. Over 62 per cent people (609 million) in SSA do not have access to electricity, says the World Bank’s ‘State of Electricity Access Report’ published in 2017. The region has the largest number of countries with the lowest rates of electrification, states another 2017 report by international non-profit Oxfam. But this lack of access to power from the grid puts Africa in a unique position. Can it skip the process of setting up fossil fuel-based power generation infrastructure and move straightaway to renewables?

Efforts to provide electricity to SSA have not borne result in the last one-and-a-half decade. About 26 per cent people in SSA had access to electricity in 2000 and in 2014 the figure was still just a little over 37 per cent, as per the World Bank report. In the same period, the figure for South Asia, which is second in the list of regions without access to electricity (SSA is at the top), jumped from 57 per cent to 80 per cent. Rural communities in SSA will have to wait for another 20-30 years to have access to grid-based electricity, the World Bank report says. That would ensure that the continent fails to meet the United Nations Sustainable Development Goal (UNSDG) of providing universal access to power by 2030.

Africa needs to add 7,000 MW capacity every year till 2030 to meet the goal. This seems unlikely because to achieve the target, it will need to invest $41 billion every year, but it currently invests $5 billion a year. At current growth rates and government policies, 680 million people in the world will lack access to electricity in 2030, and 80 per cent of these will be in SSA, says an April 2018 report published by the International Renewable Energy Agency (IRENA), an intergovernmental organisation that supports countries in their transition to a sustainable energy future (see ‘Energy poverty hurts women’).

In 2013, SSA spent US $32 billion on fossil fuel subsidies, states ‘Fossil Fuel Subsidy Reform in Sub Saharan Africa: from rhetoric to reality’, a working paper published by the Global Commission on the Economy and Climate, an international initiative that examines how countries can achieve economic growth while dealing with the risks posed by climate change. The figure came down to US $26 billion in 2015, but the reason was a fall in crude oil price, not efforts by governments to reduce carbon emissions. The paper also said that the subsidies to cover the financial losses of power utilities (both fossil fuel and renewables) in Africa is US $11 billion a year.

Another major barrier to electrification is the cost of grid connection in SSA. In Kenya, for instance, a grid connection costs $400, which is one-third of the country’s average per capita income, says a paper published by the Kenya’s National Bureau of Economic Research. A large population of the country also lives in informal settlements, and grid connection requires formal address.

These factors make SSA extremely suited for renewable energy infrastructure. Talking to Down To Earth, Adnan Z Amin, Director General of IRENA, says that the continent can source an additional 10,000 GW of solar energy, 1,300 GW of wind power and 15 GW of geothermal power. “If harnessed, this power can solve not just Africa’s energy problems but of many other nations,” he says.

In last few years, SSA has slowly moved towards renewables. During COP21 in 2015, African heads of state set up the Africa Renewable Energy Initiative (AERI) to enable “installation of large-scale renewable energy capacity” in the continent by 2020. Germany has pledged 3 billion to the initiative. In 2016, the African Development Bank announced its New Deal on Energy for Africa to provide access to clean cooking for 130 million households by 2025.

Even individual countries have set targets to promote renewables. Ghana, an SSA country, in April, announced $230 million to promote the use of renewable energy particularly in off-grid communities across the country. Kenya announced its target to add 1,745 MW of geothermal generation by 2025 earlier this year. The country has also prepared Kenya Vision 2030 which talks about how majority of its electricity will come from renewables in the coming years. In its new energy policy, it has directed state-owned and private energy companies to focus on renewables.

“Kenya is the leading country in geothermal energy and even oil producing countries in Africa are now attracted towards renewables,” says Amin. Angola, the second in terms of oil production in Africa, wants to increase its hydropower generation capacity from 1,200 MW currently to 9,000 MW by 2025. It also plans to set up 100 MW of solar power projects by 2025. With such developments, the installed capacity of solar energy in Africa is expected to increase at 174 per cent, from 10 GW in 2017 to 27.4 GW in 2019, says a 2018 report by IRENA.

“It just makes sense for SSA countries to opt for renewables. This poses major financial challenges because the cost of setting up renewable energy plants is huge and the countries are poor. But financial institutions like the World Bank can be a big help,” says Jeremy Gaines, co-ordinator, Nigerian German Energy Partnership, a joint initiative of Germany and Nigeria to promote renewables in Nigeria. Moreover, people are more willing to pay for decentralised renewable power sources than for grid connection, states a 2016 paper published in Social Science Research Network.

“10 years ago, there was no legislation in West Africa related to renewable, no feasibility status done, no market. Hydro was considered as the only renewable. But now things have changed and I am clearly seeing the massive transition in coming 10 years,” says Jeremy Gaines.