A green future ahead as world adopts historic climate deal 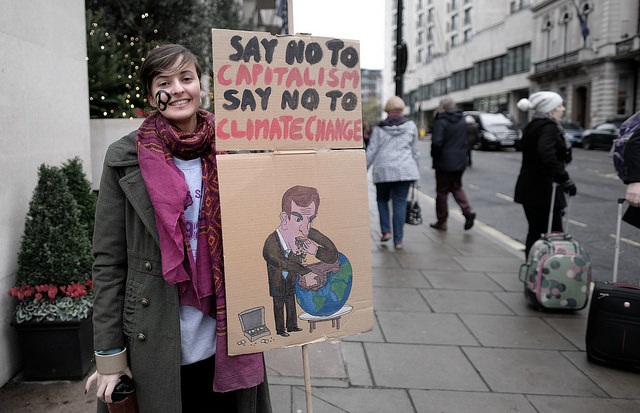 It was a historic Saturday in the French capital. After carrying out two weeks of continuous negotiations at the climate change conference (COP 21), the countries unanimously adopted the Paris agreement.

The deal which was scheduled to be adopted on Friday itself took almost 24 more hours to finally come through.  As soon as the agreement was adopted, world leaders from all the 196 countries present at the venue burst into a loud applause.

More than 30,000 people had gathered at the conference as the world awaited with bated breath for a solution to the issue of climate change.  The adoption of the deal shows that all of us can come forward to fight for a common cause, a participant present there said.

"This (the deal) is a balanced version between the demands of various groups, but it also reflects compromises on the level of mitigation ambition and support to adaptation and loss and damage," Arjuna Srinidhi, programme manager at the Centre for Science and Environment, a Delhi-based non-profit, said.
Earlier, India had endorsed the outcome text which sets a binding 2 degrees Celsius target for increase in global temperatures. According to reports, Environment Minister Prakash Javadekar said that all the points raised by the Indian delegation had been included in the text.
The conference was extended by a day after disagreement on all the major elements of the outcome failed to be resolved. On Thursday night, a draft text of the agreement had been issued by French Environment Minister Laurent Fabius, the president of the conference. Two versions of the draft text were released before the final one.

Meanwhile, Food and Agriculture Organization Director General José Graziano da Silva welcomed the approval of the Paris Agremeent, saying that "for the first time ever, food security features in a global climate change accord."

"This is a game changer for the 800 million people still suffering from chronic hunger, and for 80 per cent of the world's poor who live in rural areas and earn income ... By including food security, the international community fully acknowledges that urgent attention is needed to preserve the well-being and future of those who are on the front line of climate change threats," da Silva said.

Fighting hunger and climate must go "hand-in-hand," he added. According to Rob Vos, strategic programme leader at FAO's economic and social affairs division, "The rural poor, most of whom depend on agriculture, are disproportionally hit by prolonged droughts, more frequent floods, more intense storms, or other factors associated with climate change. They are less resilient to cope with the consequences of weather shocks and environmental degradation."