Water is critical for successful climate change mitigation, as efforts to reduce GHG emissions depend on access to water resources 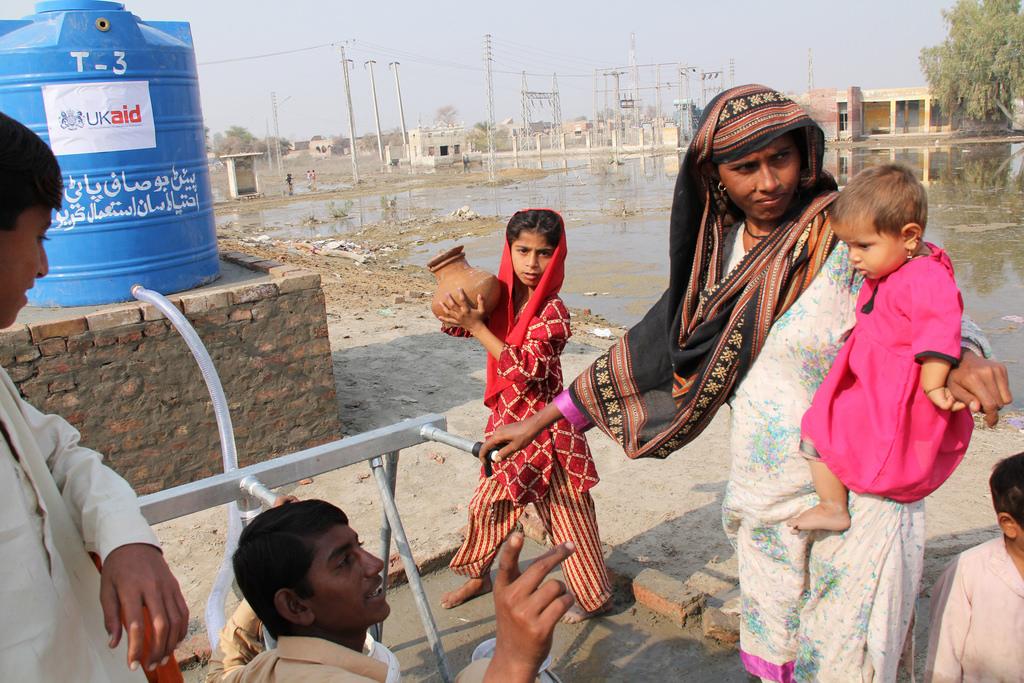 Water is one of the resources most impacted by climate change, but it also provides solutions to the challenges. Credit: DFID / Flicker

Countries have identified water as a key to adaptation in 93 per cent of their national climate action plans (Intended Nationally Determined Contributions, or “INDCs”). Since water is fundamental for food security, human health, energy production, industrial productivity and biodiversity, in addition to basic human needs and its availability, ensuring water security means ensuring security in all these domains.

In addition, water is critical for successful climate change mitigation, as many efforts to reduce greenhouse gas emissions depend on reliable access to water resources. Systematically addressing these challenges is, therefore, key to adapting to climate change and reducing the negative impacts of water-related disasters.

On this occasion, the “Blue Book on Water and Climate” will be launched by the Moroccan government and its partners as a concrete outcome of its interim International Conference on Water and Climate, hosted in Rabat in July 2016, in cooperation with the Government of France and the World Water Council.

The publication collects the orientations and recommendations brought forth by the international water community to support the implementation of climate commitments. It also proposes a variety of concrete and applicable solutions related to adaptation and resilience through water management.

“This aligns perfectly with COP22, which is striving to be a COP of action!” said Charafat Afailal, Minister Delegate in charge of Water of Morocco. “Now, we need to realise what is at stake, since water insecurity leads to increased conflicts, tension between populations, and also provokes migration that threatens overall stability.”

Climate justice is also a priority of the Water Action Day, as evident from the launch of the “Water for Africa” initiative, established by the Kingdom of Morocco and supported by the African Development Bank. This initiative aims at rendering justice to Africa through the adoption of a specific action plan that will mobilise different international political, financial and institutional partners to improve water and sanitation services and management in Africa, for those most affected by climate change.

“While humanity experiences increasing demographic and socio-economic stresses, recent episodes of extreme climate around the world bring additional complexities in finding solutions to reduce these stresses. Water is one of the most impacted resources, but water also provides solutions to these challenges,” said Benedito Braga, president of the World Water Council.

In addition, the three alliances for basins, megacities and businesses—created at COP21 in Paris and strongly engaged in water and climate action—which today represent more than 450 organisations worldwide, signed a common commitment to jointly mobilise their partners, identify and disseminate good practices and support the development of new projects by actors on the ground engaged in adaptation and resilience of the water sector.

These three Alliances reported, in particular, during the Water showcase event on the positive progress made with the Flagship Projects on water adaptation launched at COP21, such as the Hydrological information system of the trans-boundary Congo River, the integrated management of the Hai River in China, the strengthening of the new Mexico Metropolitan Organization for Urban flooding drainage or the “Eco-cuencas” Climate adapt cooperation project between European and Andean countries and on new adaptation projects announced at COP22 Water Day, for example, the Sebou River management in Morocco, the creation of the Water Adapt Training Center in Brasilia or the future use of the SWOT satellite for Hydrological observations, inter alia”.

“Adaptation of water resources to climate change must be organised at the natural level of national or trans-boundary basin of rivers, lakes and aquifers, where water is flowing from upstream to downstream and mobilise all actors in the field, including local authorities, economic sectors and civil society to achieve a common vision to face the climate change challenges”, said Roberto Ramirez de la Parra, the president of the International Network of Basin Organizations.

The press release has been issued by the UNFCCC