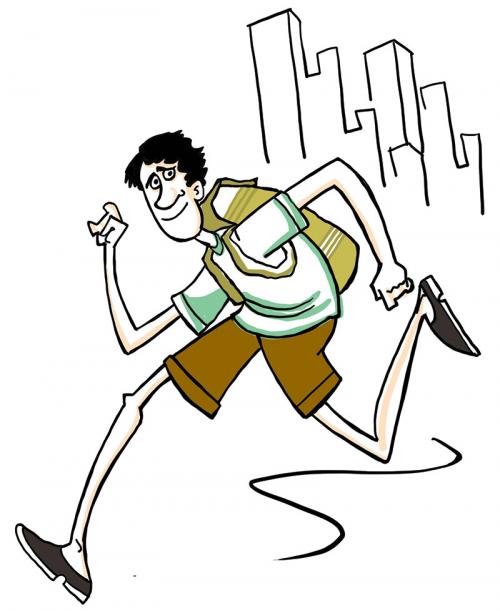 tiny particles called aerosols found in smoke and most types of air pollution can increase or decrease the cloud cover, claims a study conducted in the us. Whether aerosols stop or assist cloud formation depends on their capacity to absorb sun's heat, adds the study conducted by a team of scientists from two institutes -- the Weizmann Institute in Israel and the National Aeronautics and Space Administration (nasa) of the us.

The researchers surveyed sky conditions at 17 locations worldwide. They also measured the amount of sunlight the sites received at different times of the year. From their observations, the researchers found that it is the darkness (where they absorb light) or brightness (where they reflect light) of aerosols, not weather factors, that cause pollution to work against cloud formation or act as cloud maker.

"When the overall mixture of aerosols absorbs more sunlight, it is more effective at preventing clouds from forming. When aerosols are lighter in colour and absorb less energy, they have the opposite effect and actually help clouds to form," says Lorraine Remer of nasa. The study was published online in Science, on July 13, 2006. Previous studies based on data from nasa satellites had established both types of effects that aerosols have on cloud formation. It was observed that over the northern Atlantic Ocean, clouds that produce heavy rainstorms grew taller and were more frequent when plumes of pollution from North America or dust from Sahara desert were present. However, the researchers could not conclude if aerosols themselves were causing the clouds to change. "Other local weather factors such as shifting winds and the amount of moisture in the air could have been responsible," said Ilan Koren, atmospheric scientist at the Weizmann Institute and one of the authors.

Experts believe that the changing cloud cover in response to air pollution will have a major impact on climate. "Since clouds control the rainfall and regulate much of earth's warming, any change in the pattern of cloud formation affects the climate," said Koren. Based on the insight into how aerosol pollution influences cloud cover, researchers estimate that the impact worldwide could be as much as a 5 per cent net increase in cloud cover. In polluted areas, these cloud changes can change the availability of fresh water and regional temperatures.