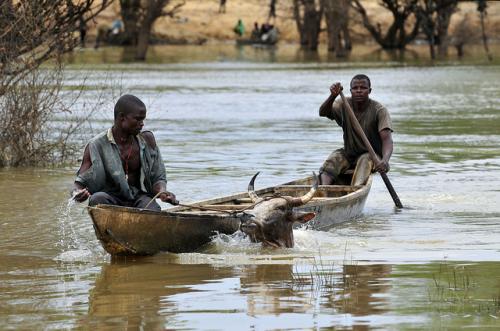 In an attempt to push for climate action in the form of green policy, finance and market approaches can drive sustainable development in Africa, representatives from government, businesses and civil society gathered at the Africa Carbon Forum, being held in Rwanda.

The three-day-long event will discuss the opportunities for the continent post COP21, Nationally Determined Contributions (NDCs) to climate action among other issues. A World Bank analysis estimated that not addressing climate change could plunge 100 million more people into poverty by 2030. Of those 43 million would be in Africa. The report also said that poor countries and poor communities within countries are not equipped to adapt to climate change.

In December 2015 in Paris, countries adopted a new comprehensive climate change agreement, central to which is nationally determined action and international cooperation. This action will be driven by private and public investment.

“Just as the risks of climate change are immense, so too are the rewards of climate action if we invest in our people and our planet,” said Vincent Biruta, Rwanda’s Minister of Natural Resources.

Africa Carbon Forum is an annual gathering aimed at spurring climate investment, through sharing information on policy, such as use of markets and mechanisms, financial opportunities, and cooperative initiatives arising from the international response to climate change.

“Africa is going to play a critical role in the spread of markets under the Paris Agreement. In the lead up to the Marrakech COP22 in November this year, the ACF2016 provides a strategic platform for these exchanges to take place,” said Dirk Forrister, president and CEO, International Emissions Trading Association at the meeting.