While droughts and floods have wreaked havoc on the sector, change in farming practices can bring about a better tomorrow 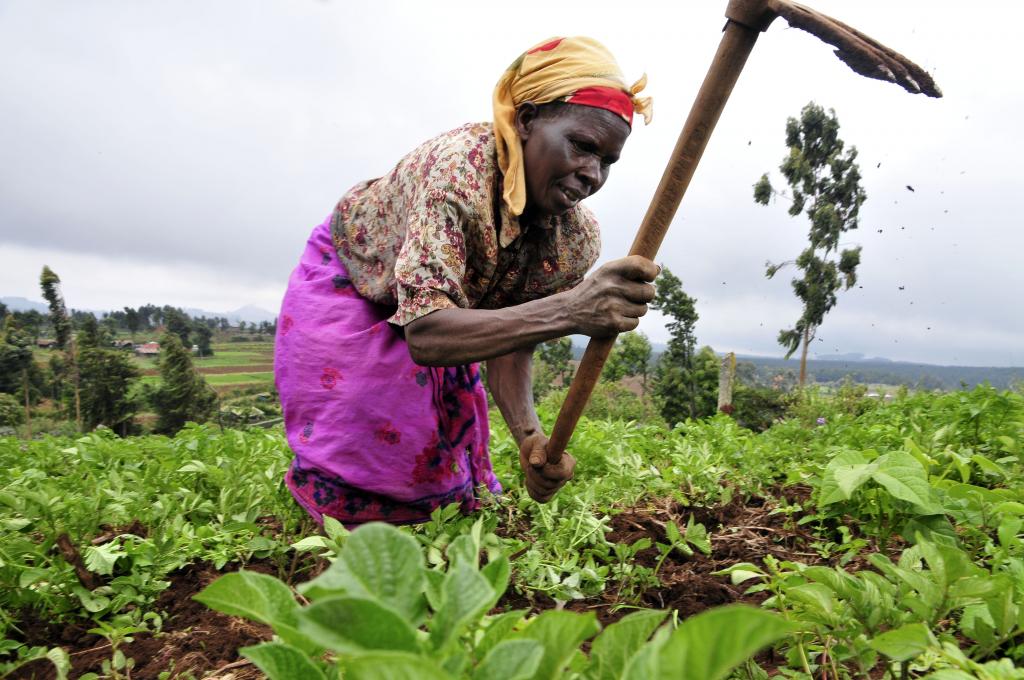 In Zambia, the returns from farming have diminished owing to severe droughts. Credit: Wikipedia

In Zambia, any change in climate can spell disaster as a majority of Zambians depend on agriculture and so even a slight change in temperature can affect crops like maize with catastrophic consequences for livelihood. But this is already happening.

In the east part of Zambia, the adverse effects of climate change are evident. The once passable canals are now clogged owing to either floods or severe droughts and that’s making it difficult for the people and the livestock to survive.

In Feira, a village in the east of Zambia, the returns from farming have diminished owing to severe droughts. According to Eva Mwanza, a local villager, “Rainfall is insufficient to give us a good crop yield and wild animals, who destroy our crops, have also started to wander in the fields.”

Another Feira resident, Andrew Zulu, confirms that life has become more difficult. “In the past, we were able to find solutions to whatever challenges we faced, but this time the rivers only ran dry,” said Zulu.

Micheal Katambo, minister of agriculture, said, “After several floods and droughts have hit the country, the government is looking for resources to provide relief to people.” He added that Zambia is already struggling to achieve development and climate change is hurting the efforts.

While seconding Katambo, Yande Mwape, national coordinator for Zambia's Disaster Management and Mitigation Unit, said, “We are moving money and resources away from development programs for disaster response.”

Frank Kayula, president for Small Scale Farmers Union in Zambia, said help from developed countries will be crucial in ensuring that Zambia copes with the effects of climate change.

He added that despite the fact that small-scale farmers are the major food producers in the country, they still remain vulnerable to climate-related shocks due to the country’s reliance on rain-fed agricultural production systems. “With the current climatic challenges, farmers need other sources of water to continue growing crops and stop depending on rain.

“We are calling on commercial institutions to support the growth of the agriculture sector by developing products that will be suitable for small-scale farmers to enable them access finance and invest in irrigation services,” Dr Kayula observed.

To this, Katambo said, “The Zambian government plans to modernize agricultural production in the country as this sector has great potential to increase exports, and earn hard currency if productivity is increased.”

If extreme weather changes continue, in about 50 years, all that will remain of the Victoria Falls, which is known as the ‘7th wonder of the world’, would be an empty ravine. Since Zambia’s tourism industry rests on the country's natural resources, this would have devastating economic effects.

Mwape said that extreme weather is affecting wildlife and flora alike. The lack of rain in Zambia’s South Luangwa region, in the east of the country, means that animals have had to scavenge for roots.

The scenario is such that more and more hippos are dying, vegetation has also been affected, with landscapes translating into scores of petrified trees in dried out areas.

Droughts, floods and other extreme weather and climate events inflict annual damages of around 0.4 percent on the gross domestic product (GDP), said Katambo while adding that without adaptation measures, the intensified effects of climate change and variability are expected to sap around one percent of Zambia’s annual GDP.

Owing to this, the Pilot Programme for Climate Change Resilience (PPCR) in Zambia has come on board to help ensure that communities that have been badly hit by climate change are able to cope.

The canals in the Barotse plains in the West and East Zambia are now being cleared to make them passable for transport and also to make them useful for agricultural purposes.

The PPCR has also embarked on Strengthening Climate Change Resilience project in the Barotse Sub-Basin which stretches from Mongu in Western Province to Kazungula in Southern Province.

Just like other villages in the western, eastern and southern parts of the country, other districts like Senanga, Sioma, Sesheke and Kazungula are now implementing both hard and soft resilience projects to combat climate change under the PPCR.

In Libonda village, Nkumbwa, is in-charge of the Mombochima Piggery Project, which together with the Tabo Village Chicken Rearing Project is helping people in the area cope with effects of climate change. Hundreds in this area have already benefited from this and more are earmarked to profit.

The minister for agriculture said 36 projects have been instituted in districts to ensure that the local people cope with the effects of climate change. “We have suffered a lot at the hands of climate change since we were hit by droughts two years in a row. We hope that these programmes, under the US $36 million African Development Bank funding, will help mitigate the effects,” he said.

He added that the government will work towards linking the livestock and gardening projects in the district so that the initiatives benefit the locals. “With clear policies in place, the agriculture industry will transform the Zambian economy. Agriculture is life and that is the reason why we need a new agricultural revolution. We cannot continue to use the same methods that have failed us in the past,” Katambo said.