The island, which had over 22,000 acres of land in 1955, has lost about 98 per cent of it due to sea level rise, saltwater intrusion and subsidence 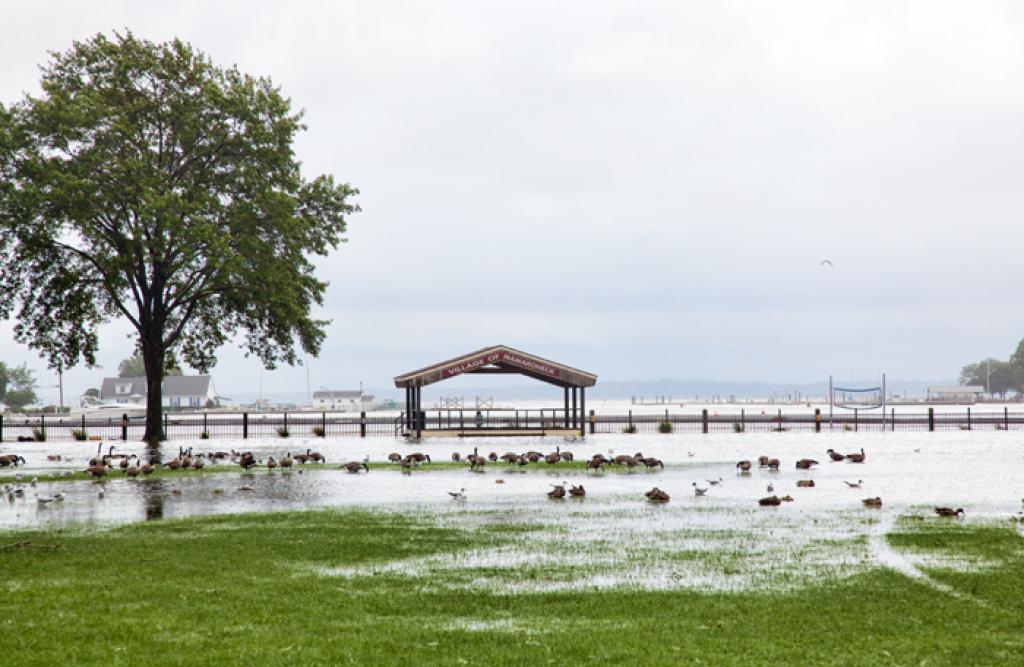 The land around Louisiana’s Isle de Jean Charles is rapidly disappearing. This narrow ridge of land situated in Terrebonne Parish is home to about 60 members of the Biloxi-Chitimacha-Choctaw Indian tribe; at least till the time the rising sea level doesn’t flood their land and force them to leave their homes. The residents know that they are losing the battle against climate change.

Louisiana, the southeastern US state, is losing 75 sq km of coastal terrain every year, and the residents of this island have earned the moniker, first climate refugees in the US.  Other Gulf Coast states such as Texas and Florida are also surrendering land to the water.

This island in southern Louisiana is linked to the mainland by a long road. For over 170 years, it has been home to the state-recognised tribe. These people feel most threatened because of Louisiana's coastal erosion. The island, which had over 22,000 acres of land in 1955, has lost about 98 per cent of it due to sea level rise, saltwater intrusion and subsidence.

In January 2016, the residents of Isle de Jean Charles became the first American community to be awarded federal funding—$48 million—to ensure tribe's resettlement to safer ground. There were plans to move the tribe to northern Terrebonne Parish. However, the details of the rehabilitation plan are yet to be chalked out.

The story of a vanishing island

Home to the mostly French-speaking Native American community, this island was once as big as Manhattan. Today, it's about one-third of Central Park. While rising sea level is blamed for the island’s disappearance, the real catalyst to this disaster is the government of Louisiana. Aggressive building of dams and levees in the Mississippi River proved detrimental. Over 150 years of engineering the river deprived the delta of the sediments that the island was made of.

Oil drilling and logging have contributed to the erosion of the wetlands. Fast-paced development projects to build gas canals and pipelines made the marshland more vulnerable. The canals dredged by the oil industry let salt water into the marsh. Salt water intrusion killed the plants at their roots, leaving the ground loose enough to erode.

The 11-mile-long and five-mile-wide island of the 1950s has been reduced to two miles long and a quarter-mile wide. The two-lane road connecting the island to mainland often floods during storms, hence isolating the island for days, weeks, months and sometimes years.

While the loss of vast tracts of marshland and trees exposed the residents of island to hurricanes, frequent flooding has made farming impossible. Building and rebuilding homes has almost become an annual ritual since homes get flooded during hurricanes. Today, only 25 families remain on the island.

Government apathy and helplessness of locals

Since 1998, Terrebonne Parish has been hit by a natural disaster every two to three years. This has triggered major population shifts. The island also has its own disadvantage. It is located too far from sediment sources in the Mississippi River and Atchafalaya basin to use them for rebuilding its land.

Locals are of the opinion that they have just become a number for the state government. They have been nurturing this feeling since 2002 when the Army Corps of Engineers decided to exclude the island from the master plan of developing a 72-mile-long Morganza to Gulf Hurricane Protection System due to cost constraints. But not everything is of government’s doing, it’s the question of livelihood that kept locals engaged to an industry that has been causing them the most harm.

Although dredging canals by oil companies is being blamed for the gradual disappearance of marshlands, the Isle de Jean Charles residents know how much they depend on oil industry. It is the sole provider of employment to locals—either directly or through shipbuilding and service industries. Chris Brunet, a resident of the island, said, “You can blame them, but not in total because we do depend on them. We are oil and gas.”