By 2080, greenhouse gases are expected to raise the risk of extreme wildfire by 50%, according to the study 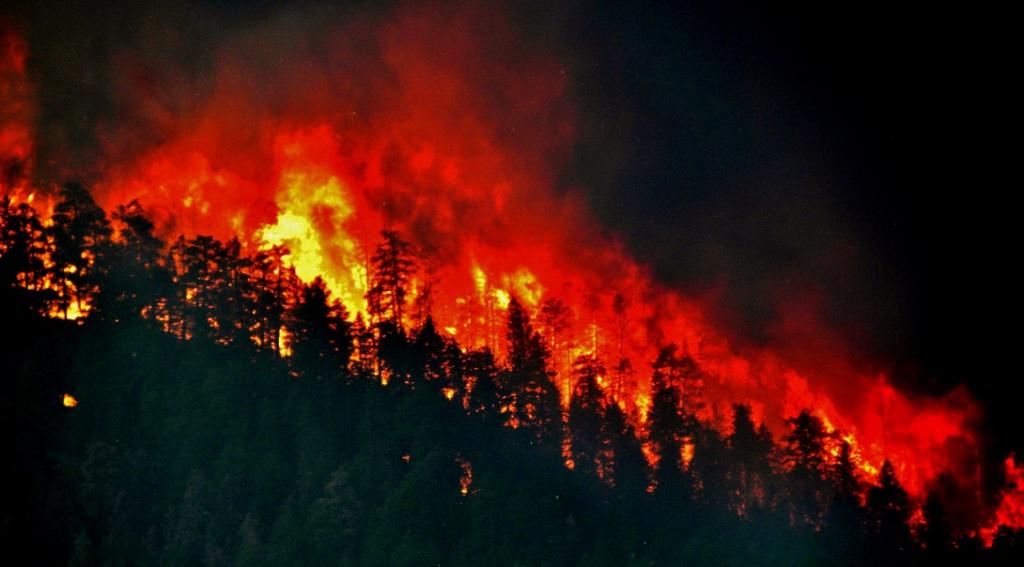 Greenhouse gas (GHG) emissions and air pollution caused by human activities had distinct regional impacts on extreme outbreaks of wildfire, according to a new study conducted by the University of California Santa Barbara in the United States.

The study examined the weather under various combinations of human influences since 1920, isolating individual effects and their impacts on extreme fire weather risk.

Human activities had the potential to raise the risk of wildfire outbreaks, according to several past studies. However, their specific influence had not been studied so far.

Heat-trapping GHG emissions were the dominant contributors to increases in temperatures worldwide, the study authors said.

Emissions had raised the risk of extreme fire weather by 20 per cent from preindustrial levels in western and eastern North America, the Mediterranean, Southeast Asia and the Amazon by 2005, they added.

By 2080, GHG emissions were expected to increase the risk of extreme fire weather by at least 50 per cent in western North America, equatorial Africa, Southeast Asia and Australia, the study predicted.

The increase in risk of extreme fire weather would be at least double this risk in the Mediterranean, southern Africa, eastern North America and the Amazon, it added.

According to the scientists, biomass burning and land-use changes had more regional impacts that amplified greenhouse gas-driven warming.

The study noted a 30 per cent increase of extreme fire weather risk over the Amazon and western North America during the 20th century caused by biomass burning.

Land use changes also amplified the risk of extreme fire weather in western Australia and the Amazon, the study said.

The scientists said industrial aerosols blocked some of the solar radiation from reaching the ground and had a tendency to cool the climate. Aerosols were projected to provide little to no relief for extreme fire-weather risk in the 21st century as they were reduced over most regions.

These reductions drove warming and drying over eastern North America and Europe and amplified increases in extreme fire-weather risk.

Over Southeast Asia, where aerosol emissions were projected to continue, the cooling effect of aerosols weakened the East Asian monsoon circulation, bringing drier conditions and causing a net increase in extreme fire-weather conditions.