A warming planet will induce the development of antibiotic resistance 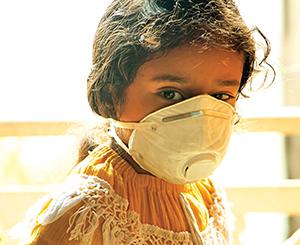 Climate change is a new trigger for antibiotic resistance. Global warming is increasing the pace of reproduction in bacteria and leading to the development of resistance.

Researchers from the University Medical Center in Göttingen, Germany, conducted a 30-country observational study on six-year prevalence of carbapenem-resistant Pseudomonas aeruginosa, Klebsiella pneumoniae, multidrug resistant E coli, and Methicillin-resistant Staphylococcus aureus and found that these were more prevalent during the warm-season mean temperature.

“These results reveal two aspects: Climatic factors significantly contribute to the prediction of AMR in different types of healthcare systems and societies and climate change might increase AMR transmission, in particular carbapenem resistance,” the researchers said at the European Congress of Clinical Microbiology and Infectious Diseases in Amsterdam, the Netherlands in April 2019.

Earlier, a study published in Nature Climate Change in May 2018 established this link. Epidemiologists from USA and Canada found higher local temperatures correlated with a higher degree of antibiotic resistance in common bacterial strains.

Increase in local average minimum temperature by 10 degree Celsius were found to be associated with 4.2, 2.2 and 3.6 per cent increase in antibiotic resistant strains of E coli, K pneumoniae, and S aureus, respectively.

Notably, both climate change and antimicrobial resistance are listed among the top 10 global health threats by the World Health Organization.