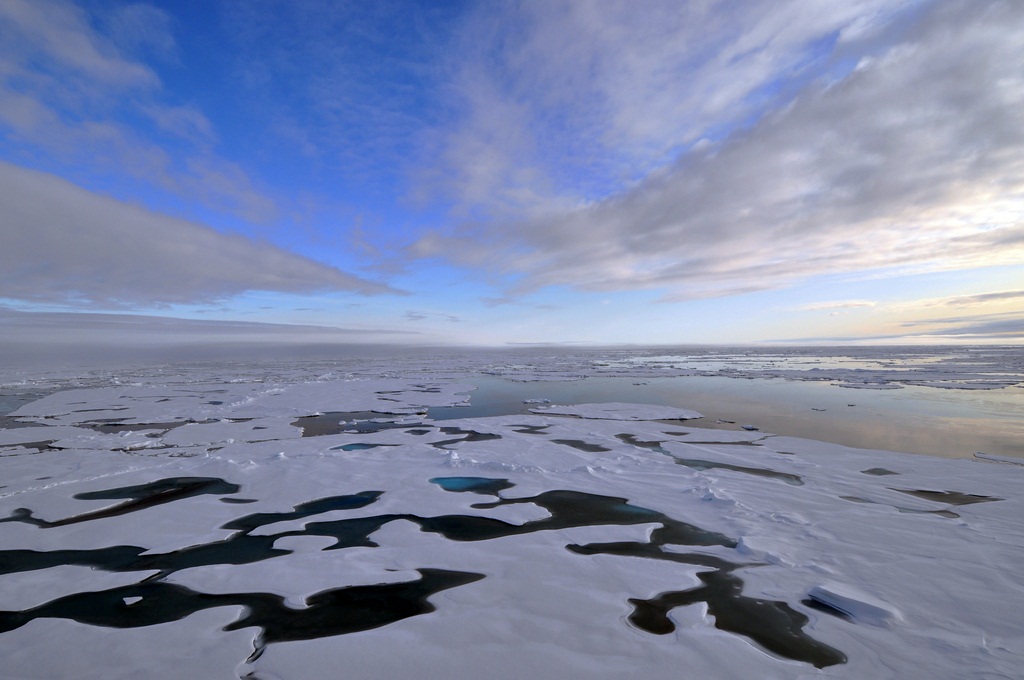 Melting ice in the Arctic is opening the region to oil and gas exploration as well as shipping Credit: US Geological Survey/Flickr

Arctic nations signed an agreement recently to bar fishing fleets from entering the seas around the North Pole.

The treaty signed by the United States, Russia and others can be considered a measure to fight global warming, as sea ice in the Central Arctic Ocean is vanishing fast.

A report on global climate released by the National Oceanic and Atmospheric Administration and the American Meteorological Society says that ocean surface temperatures have reached the highest levels in 135 years.

It is likely that the central region of the Arctic has no commercial fish stocks, according to experts. Fast melting sea ice and rising surface temperatures may draw fish farther north.

“Climate change is affecting the migration patterns of fish stocks,” Norwegian foreign minister Boerge Brende said in a statement after the declaration was signed in Oslo, Norway. He added that the Arctic countries had a responsibility to protect the international waters.

According to Brende, Norway, Canada, Denmark, Russia and the United States had a responsibility to regulate fishing in the Arctic. The Arctic nations also want China, Vietnam, South Korea and all European Union countries to agree not to venture into the Central Arctic Ocean.

However, the agreement was an interim one and the nations pledged to begin “a broader process” to regulate commercial fishing in the Arctic Ocean.

Greenpeace Arctic campaigner Sophie Allain said the agreement should have gone further. “With this agreement, the Arctic States have recognised that the Arctic Ocean is an extraordinary environment which requires far better scientific understanding. But sadly they have missed the chance to deliver the permanent protection this area desperately needs. This region should be declared a marine sanctuary, where all extractive practices, including oil production, are banned.”

One good thing is that the agreement does not prohibit fishing in territorial waters as it is an important source of livelihood for indigenous populations across the Arctic. Melting ice in the region is also opening the region to oil and gas exploration as well as shipping.