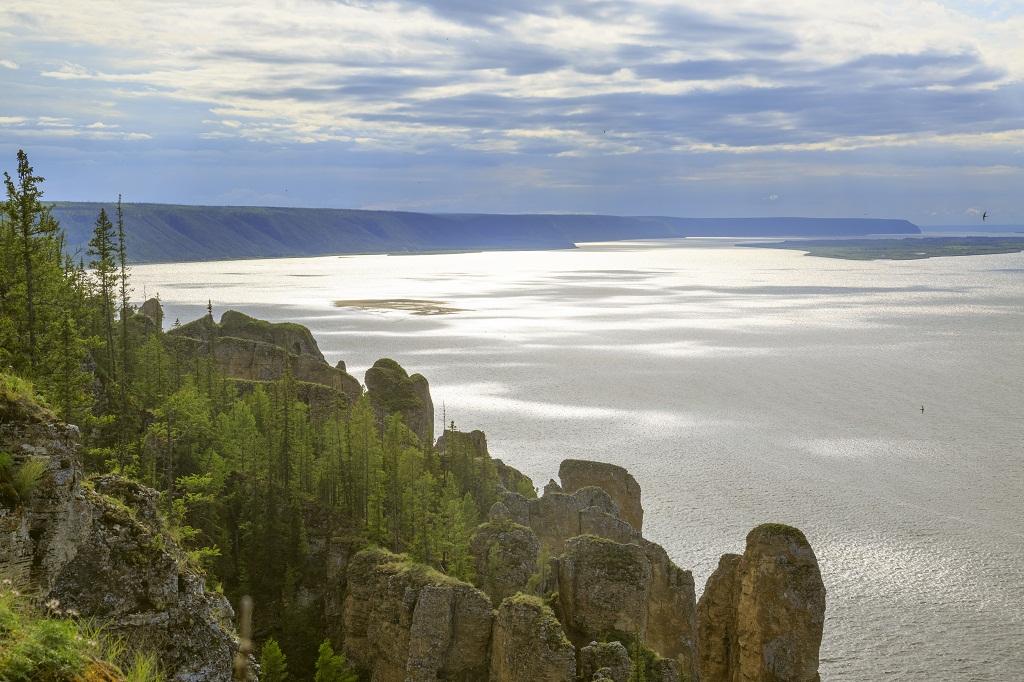 A photograph of the Lena, one of the rivers mentioned in the report in Russia's Sakha Yakutia Republic. Credit: Getty Images

Water formed from thawing ice in the frozen rivers that drain into the Arctic Ocean has increased over the past few years, a new report has said.

The annual Arctic Report Card has been issued since 2006 by the National Oceanic and Atmospheric Administration (NOAA), a premier scientific agency under the United States Department of Commerce. It is a peer-reviewed source for environmental information on the current state of different components of the Arctic environmental system relative to historical records.

The report has noted that in 2018, combined summer/autumn discharge between July 15 and September 30 for the eight largest Arctic rivers was 20 per cent more than 1980-89, the first decade with discharge measurements for all eight rivers.

The report also notes that if data for 2018, 2017, 2016 and 2015 is compared against the baseline (1980-89), it shows that “Arctic river discharge continues to march upwards, providing powerful evidence for the intensification of the Arctic hydrologic cycle”.

The term “hydrologic cycle” describes the continuous movement of water on, above and below the surface of the Earth. As part of the cycle, water moves from one water body to another, such as from river to ocean, or from the ocean to the atmosphere, and from there back to the rivers, lakes and other water bodies by the physical processes of evaporation, condensation, precipitation, infiltration, surface runoff, and subsurface flow.

“It is definitely a sign of global warming. Because of climate change, more and more glaciers are melting all over the world, including the ones that feed these Arctic rivers. Consequently, due to more glacial melt, the river runoff is changing,” M Ravichandran, director of India’s National Centre for Polar and Ocean Research, Goa, told Down To Earth.

The eight rivers that have been named in the Arctic Report Card include the Severnaya Divina, Pechora, Ob, Yenisey, Lena and Kolyma in the Russian Arctic, the Mackenzie in Canada and the Yukon in Alaska.

“Together, the watersheds of these eight rivers cover approximately two-thirds of the pan-Arctic drainage area and account for over 60 per cent of river water inputs to the Arctic Ocean,” the report says.

So can anything be done to stop this from happening? “Climate change is unstoppable. The world will have to decide as to how we stop it in its tracks. For the moment though, the 8 countries of the Arctic Council are monitoring these changes,” says Ravichandran.

As to what effects this would have on the Arctic, he notes, “The major change would be that due to a rise in river discharge, Arctic Ocean levels would rise. This, in turn, could alter coastlines throughout the region, impacting wildlife and indigenous peoples.”