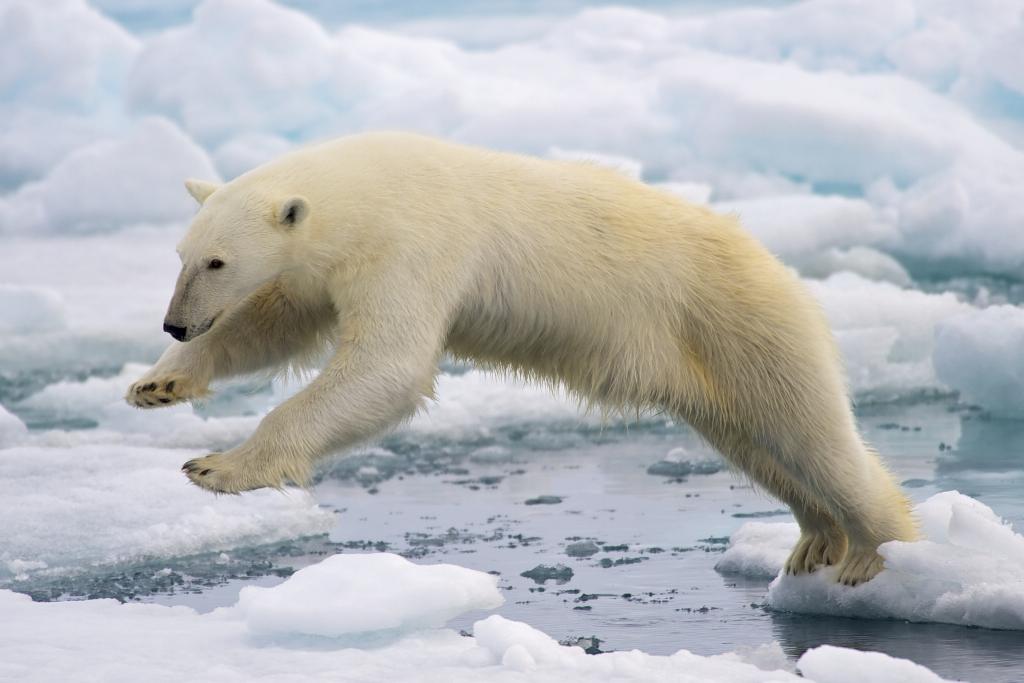 Sea ice season across all polar bear subpopulations in the Arctic has reduced by seven weeks since 1979, a new study by University of Washington has shown. This has threatened the animal’s feeding and breeding activities which depend on sea ice during spring and monsoon.

Researchers found that on average, ice melted three to nine days earlier per decade in the spring and formed three to nine days later per decade in the autumn. This means the sea ice season shifted by three and a half weeks each in the spring and autumn, resulting in a reduction of seven weeks over a period from 1979 to 2014. The study is based on 35 years of satellite data which shows daily sea-ice concentration in all 19 polar bear populations of the Arctic.

Polar bears depend on sea ice to hunt seals, their main prey. They use the ice as a platform to ambush seals at breathing holes or break through the ice to reach their dens.

“These spring and fall transitions bound the period when there is good ice habitat available for bears to feed,” says co-author Kristin Laidre, also a researcher at the university’s Polar Science Center, in a press release. “Those periods are also tied to the breeding season when bears find mates, and when females come out of their maternity dens with very small cubs and haven’t eaten for months.”

The study, which is the first to quantify the sea ice changes in each polar bear subpopulation across the entire Arctic region, shows that the total number of ice-covered days declined by seven to 19 days during the same period.

“We expect that if the trends continue, compared with today, polar bears will experience another six to seven weeks of ice-free periods by mid-century,” says Harry Stern, study co-author and researcher at the Polar Science Center.

The findings of the study are being used by the International Union for Conservation of Nature to decide the conservation status of the species. The study also adds to growing evidence of retreating sea ice in the Arctic. This year, Arctic sea-ice has reached the second lowest extent ever recorded by satellites. A yacht of the Polar Ocean Challenge was able to sail the Arctic's Northwest passage in only 14 days as it was "almost totally ice free", according to an official release. "Whilst we are all delighted to have succeeded, it is extremely worrying to see this lack of ice so starkly," says expedition leader David Hempleman Adams, who has been sailing to the region for 30 years.