Earlier this month, IMD predicted a normal monsoon based on a low probability of El Nino occurrence 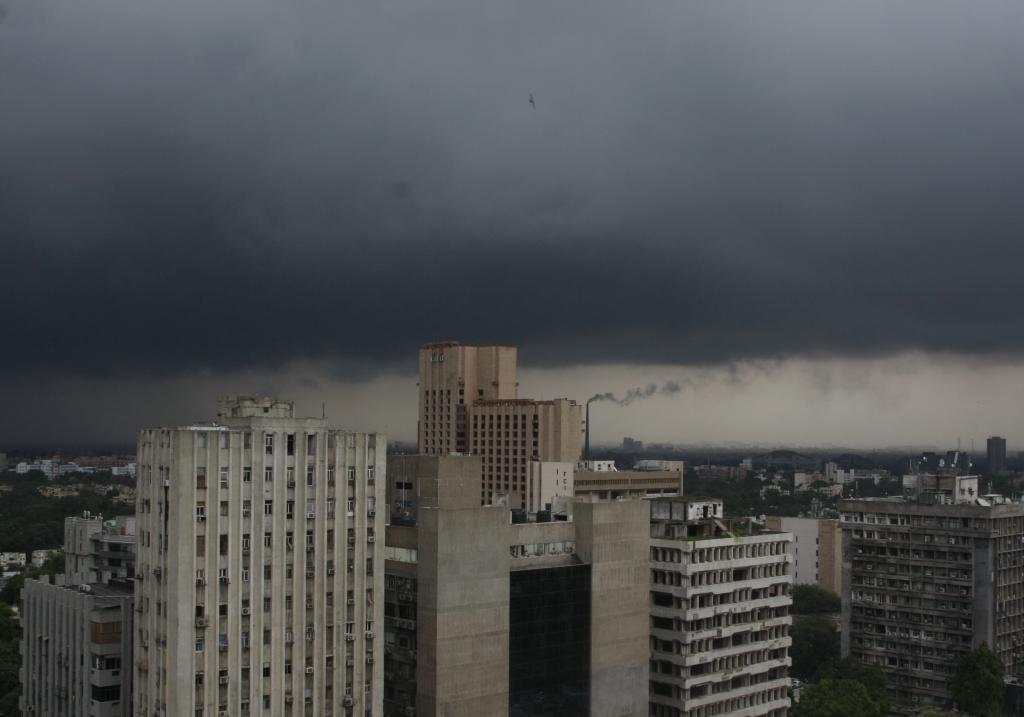 The fate of Indian Monsoon and many who depend on it, is uncertain (Credit: Vikas Choudhary/CSE)

The latest forecast of the El Nino Southern Oscillation (ENSO), issued jointly by the NOAA Climate Prediction Centre and the International Research Institute for Climate and Society, shows a dramatic increase in the probability of an earlier-than-expected El Nino, aggravating uncertainty over the Indian monsoon.

Earlier this month, the India Meteorological Department (IMD) forecast a “normal” monsoon driven by a low probability of an El Nino occurrence as per climate models. The El Nino phase of the ENSO typically corresponds with a suppressed summer monsoon over the Indian sub-continent. The El Nino causes anomalous heating over the Pacific Ocean and Eastern Indian Ocean and weakens monsoonal winds that bring rain to the sub-continent.

According to early April conditions over the Pacific, the probability of the onset of El Nino during the monsoon months June-September was below 50 per cent. Even by the end of the year, models showed that likelihood of an El Nino developing barely touched the 50 per cent mark. But things have escalated quickly over the last two weeks. The updated forecast pegs the likelihood of an El Nino at over 55 per cent for the months May-July while the probability of El Nino conditions prevailing between July and August currently hovers closer to 70 per cent. 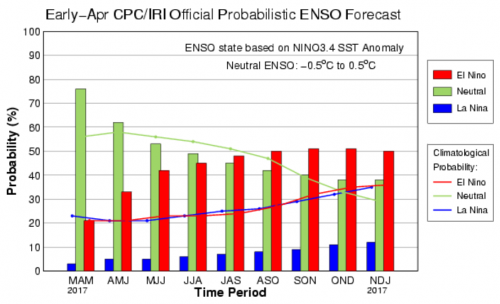 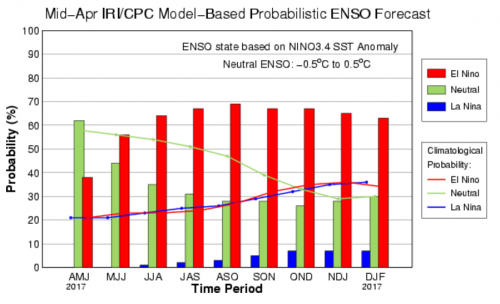 Downgraded forecast of the IOD

The other ocean oscillation that has a bearing on the Indian monsoon is the Indian Ocean Dipole (IOD), the roughly annual anomalous heating and cooling of the Indian Ocean. The country and IMD's hopes of a strong positive IOD to buttress the the summer monsoon was dealt somewhat of a blow as the Australian Bureau of Meteorology issued a downgraded forecast of the IOD earlier this week. According to the latest model runs by the BOM, the IOD will likely exhibit neutral conditions from June to September as opposed to earlier simulation runs which show a likelihood of strong positive IOD during the monsoon. The models even show a slightly negative IOD during July. Although currently, all other major models still predict a positive IOD during the monsoons, the BOM forecast will set alarm bells ringing at the IMD. After disappointing updates to the El Nino and IOD forecasts, uncertainty remains the dominant sentiment over IMD's optimistic forecast. Simulations from global models over the next few weeks are bound to provide more clarity.

The ENSO forecast is worrying for the IMD, which predicted a normal monsoon at 96 (+/-5) per cent of the long period average based on the low El Nino probabilities prevalent during early April. Officials said that they expected the monsoon to follow normal climatological patterns although it was too early to know the specifics of the monsoon’s progression. Confidence in the forecasts, though, has been dampened due to departures of the IMD from its usual monsoon forecasts. The met department only issued a 38 per cent probability of the monsoon being “near normal” instead of the usual break-up of the probabilities according to the possible eventualities—“above normal”, “normal”, “below normal” and “deficient”. The reason stated by IMD Director General, K J Ramesh, was the introduction on operational basis of the new dynamic forecast models. The model is now running in tandem with the traditional statistical model that the IMD has been using.

According to Ramesh, the inability to provide a break comes from a non-aligned calibration of the two models due to which probabilities of the same thresholds could not be produced. Interestingly, this “near normal” terminology was also used in the 2009 forecast which was 96 (+/-5) per cent as well. The monsoon ended at a severely deficient—77 per cent of the long period average —and resulted in one of the country’s worst drought years.

“The other probabilities that were calculated using both models were smaller and roughly equal so we decided only to publish the most significant probability which is the 38 per cent for a near normal monsoon. By chance this probability was aligned in both the models,” says Sivanada Pai, a senior scientist at IMD’s Climate Prediction Centre upon further enquiry by Down to Earth. Interestingly, this does not answer why the probabilities were not released if they are lower than the probability of a “near normal” monsoon.

The answer to that lies elsewhere in the press conference held by IMD on April 18 to issue the first stage long-range forecast. “Because of the moderate nature of oscillations, the uncertainties are higher and the margins are wider regarding the ENSO and the IOD,” said Ramesh. What this really implies is that it is very difficult to say yet how the monsoon will progress and the IMD can only paint a vague picture of the likely ground realities. This week’s update to the ENSO proves as much and if things move in the indicated direction, the IMD and indeed the rest of the country might have to pin their hopes on a moody IOD index for a normal monsoon.