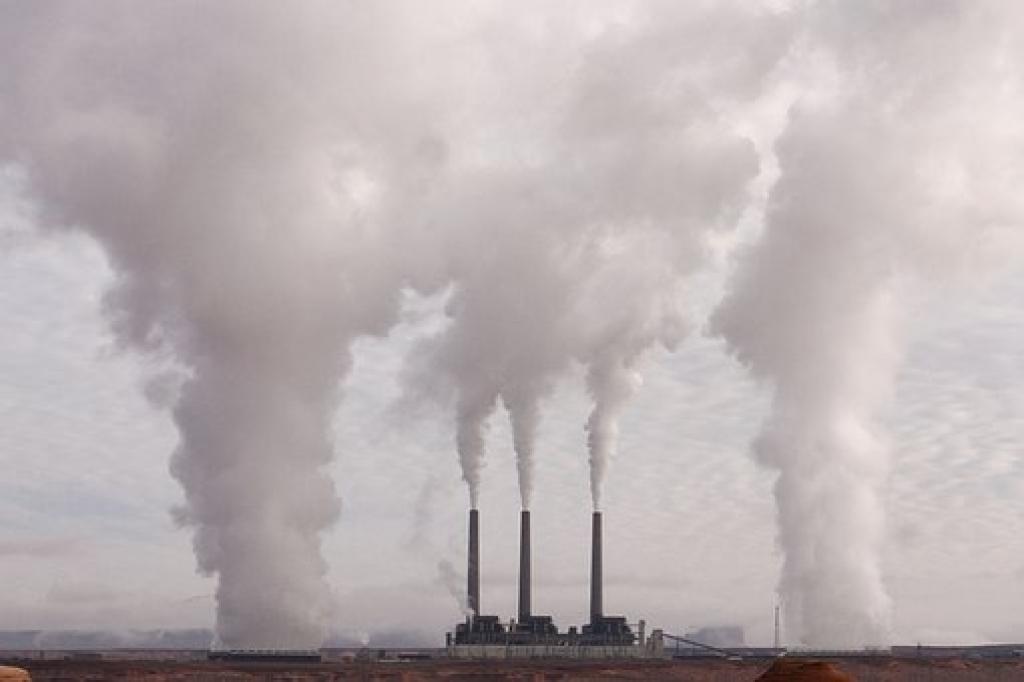 The levels of atmospheric carbon dioxide (CO2) are on a staggering rise — 2021 is expected to be the first year on record that sees CO2 levels of more than 50 per cent above pre-industrial levels for longer than a few days.

Atmospheric CO2 levels exceeded 417 parts per million (ppm) for several days in February and March 2021 — way above the pre-industrial levels of 278 ppm. These were the recent measurements from the Mauna Loa Observatory, an atmospheric baseline station on Mauna Loa, on the island of Hawaii.

CO2 concentrations have already been above this level on a few days in the last two months; they are expected to remain above this symbolic threshold for around three months, according to the measurements.

Earlier in January, the Meteorological Office, United Kingdom’s national weather service, had flagged that human activity will push concentrations of atmospheric CO2 in the atmosphere to 50 per cent higher than before the industrial revolution this year. 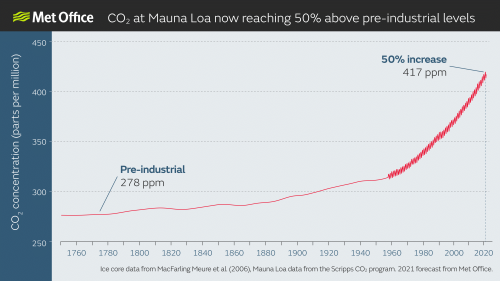 The annual average CO2 concentration is increasing year-on-year. This is mainly due to the burning of fossil fuels, with further contributions from deforestation.

“Humans began burning fossil fuels at large scales at the end of the 18th Century, and it took about 200 years for the atmosphere to see a 25 per cent increase in the atmospheric concentration of carbon dioxide, but only another 35 years to reach this year’s sorry milestone of a 50 per cent increase.”

The monthly average CO2 at Mauna Loa will peak at 419.5 ppm in May, after which it may temporarily drop back down below 417 ppm from around late July onwards, according to the Meteorological Office. It is then predicted to return to around 417ppm at the end of the year.