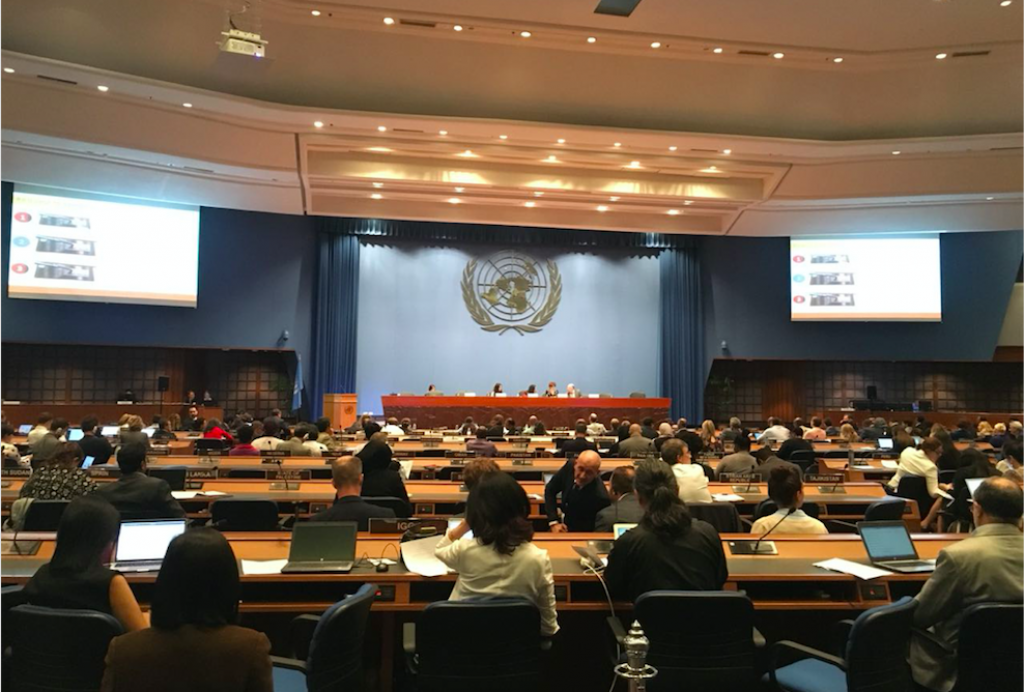 The negotiators at Bangkok this week have struggled to elaborate on several agenda items under the Paris Agreement Work Programme (PAWP) to finalise the ‘Paris Rule Book’ in Katowice and implement the Paris Agreement. The Bangkok climate intersession was added as an extra session to advance on the little progress achieved at Bonn intersession held in May this year. On the final day of Bangkok negotiations, it was clear that the progress on agenda items was extremely slow and lacked uniformity.

Some progress was made on global stocktake, adaptation communications, compliance, transparency framework and technology mechanism, leading to streamlining of options related to modalities and guidelines, deletion of repetitions and identification of commonalities for compromises. However, progress was stalled on the issue of finance when developed countries refused to have constructive discussions on ex-ante provision of financial information and launch of a process for new and additional finance by 2025. Even on transparency framework, the element implementing flexibility, reporting on loss and damage and upscaling of ambition of developed countries was met with sharp oppositions by developed countries. On Article 6 under the Subsidiary Body for Scientific and Technological Advice (SBSTA) on New Market Mechanisms, there is uncertainty over section 6.8 and 6.9 related to non-market approaches.

Inter-linkages of issues emerged as another critical challenge as several issues, including reporting, public registry, finance and global stocktake, are cross-cutting and there has been lack of joint meetings to consider progress on such issues. Further, the developed countries have left no stone unturned in avoiding equity and flexibility for developing countries on a range of issues as per the Paris Agreement.

Ahead of the Bangkok talks, the co-chairs of the three negotiating bodies—Ad hoc Working Group on Paris Agreement (APA), Subsidiary Body of Finance (SBI) and SBSTA—produced informal tools for each agenda item which formed the basis of discussions at Bangkok. Parties showed optimism and faith in the tools for focused work and organised informal consultations to produce revised tools or iterations on different agenda items.

Towards the end of the intersession, the co-chairs of the three negotiating bodies produced the draft legal conclusions (containing the outcomes of each agenda item), referred to as ‘L documents’. The draft conclusions have annexes attached to them with links reflecting the state of play. The three ‘L documents’ were adopted at the joint closing plenary and complied into a single document, which will be taken forward to Katowice and would serve as the basis of negotiations. Meanwhile, in mid-October, the presiding chairs of the three negotiating bodies would release the joint reflections note to address the progress, suggest text proposals and the way forward.

CSE organised a roundtable on new market mechanism with 25 select experts, including policymakers, researchers and civil society. It proposed to form a sink mechanism under the non-market approaches under Article 6 of the Paris Agreement. In the Kyoto mechanism, the option of trading sink units lead to cheap emission reductions without real emission cuts to fossil fuel. Therefore, CSE advocates that sink must be non-tradeable. The proposal, which was pushed at all meetings and forums at Bangkok climate intersession, drew huge interest. Indian delegation referred CSE's proposal at an informal consultation on market mechanism at the Bangkok Climate Intersession.

Even though the compilation text represents ownership of Parties and captures their views and stances on various topics under discussion, there is great deal of complexities and scale to be covered, partly also because of the time-consuming technical nature of the negotiations. At present, the text is bracketed and contains several options under each agenda item. Identifying and determining convergence zones would not be easy, especially considering the tough stance of Parties on various elements. Hence, the compilation text represents only the beginning of the process of negotiations in Katowice.

It will be a mammoth task to have a robust and balanced rulebook that will reflect fair and equitable progress on all issues across the PAWP, considering that there is precisely only two weeks of negotiating time for the final rulebook to be adopted. There is a question mark on the collective political will to deliver on the mandate of the Paris Agreement. The role of co-chairs and incoming Presidency becomes crucial in finding a way forward to help the Parties in streamlining the options before political decisions can be taken by the Heads of States at Katowice. It also remains to be seen whether the upcoming climate events and dialogues, including the Global Climate Action Summit, One Planet Summit, the IPCC Special Report on 1.5 Degrees, and the Talanoa Dialogues are able to generate positive momentum in the run up to Katowice and make the work of co-chairs and Polish Presidency any easier.