The document, which is currently being discussed, emphasises the need for support for adaptation communications as well as the purpose of the support 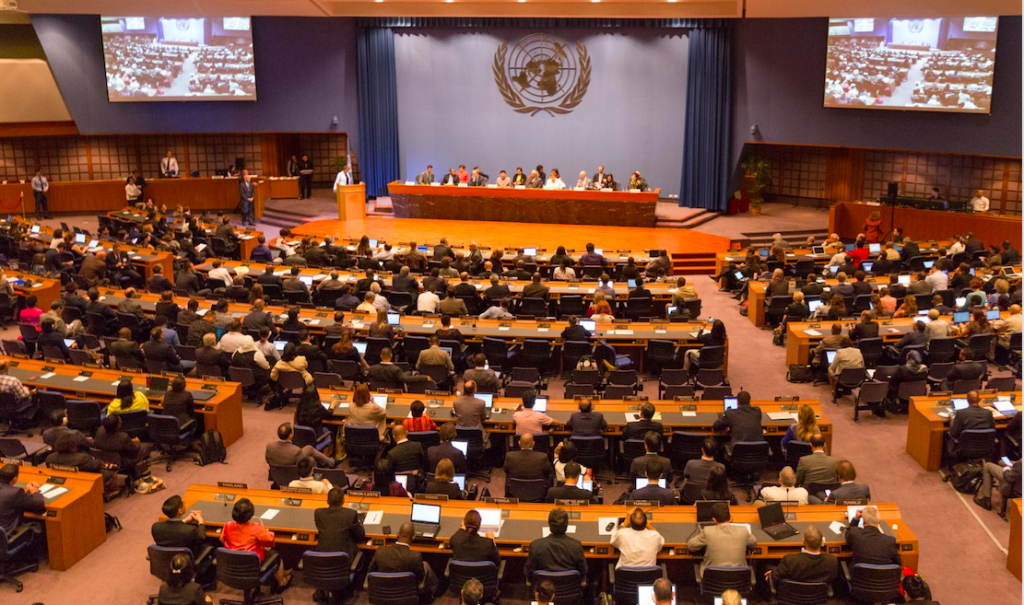 The Paris Agreement requires countries to report regularly on various aspects of their climate policy. This reporting mechanism is aimed at getting countries to think ambitiously and scale up action on climate priorities. An important element of reporting is adaptation communication (AC), which is dealt with by Article 7, paragraph 10 of the Agreement. It requires that Parties “submit and update periodically” an adaptation communication, which would ideally include their adaptation priorities, implementation and support needs, plans and actions.

This is an important provision, particularly for developing countries. The UNEP estimated in 2016 that the cost of adaptation in developing countries is likely to be US$ 140-300 billion per year by 2030. So, these countries have a strong interest in making sure the cost factor is at the centre of climate deliberations, especially through regular reporting of their adaptation priorities. However, two points are important to note in this regard.

Firstly, mainstreaming adaptation priorities into national planning—the basic requirement for generating reports on adaptation priorities and needs—is an expensive process. Developing countries are not expected to adopt this process without support from the developed countries. Article 7, paragraph 10 requires that the reporting obligation should not create any additional burden for developing countries. This is bolstered by Article 7, paragraph 13, which states that “continuous and enhanced international support shall be provided to developing country Parties” to implement this reporting requirement. This kind of support is currently being provided, to a limited extent, by the Green Climate Fund, the Global Environment Facility and a few other financial institutions. However, the amount available does not match the true cost of adaptation needs assessment and reporting.

Secondly, this reporting requirement must be set in the larger context of the “global goal on adaptation”, which is described in Article 7, paragraph 1. The goal is to enhance adaptive capacity, strengthen resilience and reduce vulnerability to climate change. This means that the AC is not simply a reporting requirement; it is expected to result in increased action and support for adaptation needs in developing countries.

These ideas need to be reflected in the rules (Paris rulebook) that are being developed to give effect to the Paris Agreement. Countries are currently deliberating over the content of the guidance for the creation and submission of an AC. This guidance may be formalised as a Decision at the 24th meeting of the Conference of the Parties (COP 24) to be held in December in Katowice, Poland.

Today, at the United Nations Climate Conference in Bangkok, countries are considering a document which offers a proposed draft of this guidance on ACs. The document outlines the purpose of adaptation communications, the principles underpinning them, the modalities for communicating, submitting and updating them, and modalities to update/revise/review the guidance. Crucially, it also includes sections relating to (i) support for the preparation, updating and implementation of ACs and (ii) the linkages between ACs and other obligations in the Paris Agreement.

Regarding support, one of the options that the document offers is to urge “developed country Parties to channel new and additional public climate funds to support adaptation activities in developing countries”. The same option places this exhortation for support in the context of “the importance of adaptation communications as a key step toward achieving the global goal on adaptation”. This is a constructive language that emphasises the need for support for adaptation communications as well as the purpose of the support.

This is a progress over an earlier draft of the same guidance, which largely limited itself to recognising that (i) funding is available for adaptation communication through the GCF and similar institutions and, (ii) that developed countries should provide support for preparation of adaptation communications. This ignored the fact that new and additional finance is needed and that support for ACs is important for making progress on the global goal on adaptation.

Hopefully, this positive vision will also extend to the document’s language on “linkages”, particularly in terms of the linkage with finance obligations in the Paris Agreement and decision. This section is currently underdeveloped. Ideally, it would explicitly link the need for support in preparing and submitting Adaptation Communication to the $50 billion committed in the Paris decision towards adaptation efforts in developing countries.

Progress is slow and difficult on most elements of the Paris rulebook. The development of the guidance on Adaptation Communications offers a ray of hope for the larger process. That countries will build on these small advances in time for Katowice is a result to be wished for.