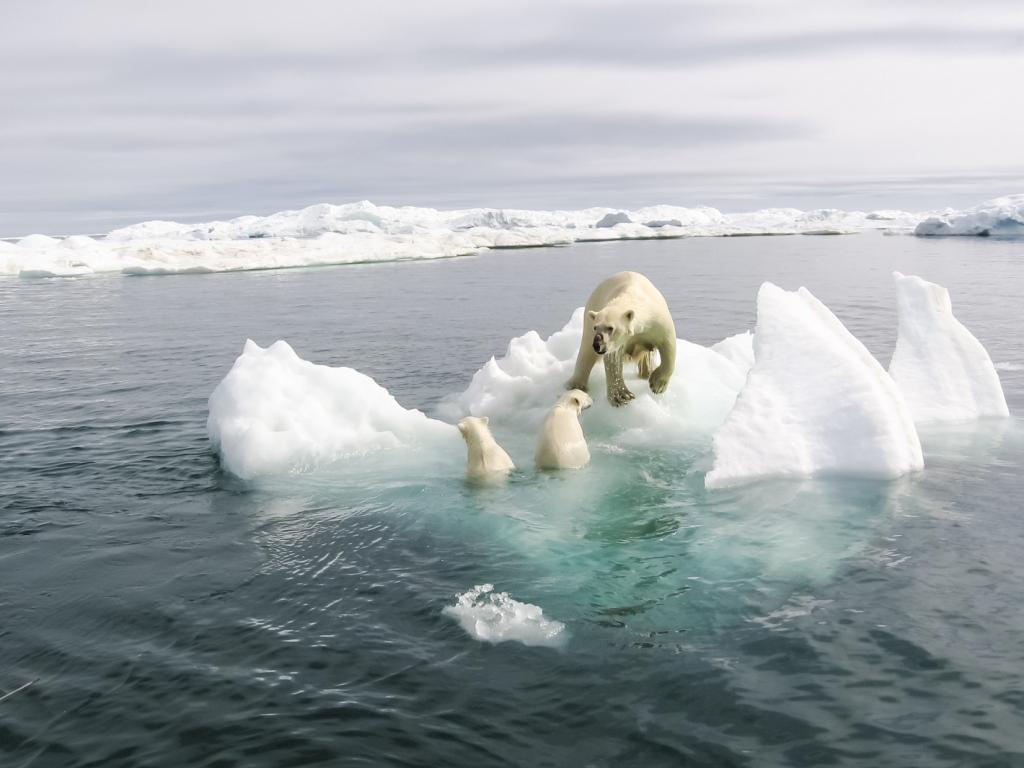 For the first time, in an unequivocal verdict, scientists have held human activities responsible for most of the warming of the Earth’s atmosphere over the last 50 years. Latest assessment of scientific studies of climate change by the Intergovernmental Panel on Climate Change (IPCC) predicts that such actions will continue to change the composition of atmosphere throughout the 21st century.

The IPCC report was written by 123 experts from a number of countries and released in Shanghai, China, at a United Nations conference held from January 17 to 20, 2001. The World Meteorological Organisation (WMO) and United Nations Environment Programme (UNEP) established IPCC in 1988 to address knowledge gaps related to the science, impacts, and policy responses to the climate problem.

The report concludes that warming over the past 100 years was unusual and could not be attributed to natural reasons alone. It says over the past four decades, two major natural factors — solar variation and volcanic aerosols —had a cooling effect on the climate. Sceptics link climate change to these natural factors instead of rising carbon dioxide concentrations from industrial activity.

In a strongest-ever warning issued by an international body, the IPCC study projects a higher increase in temperature than predicted in its second assessment report (SAR) in 1995. Temperature may increase by 1.4 to 5.8°c over the period 1990 to 2100 as opposed to a maximum of 3.5°c predicted in SAR. This rate is much larger than the observed change during the 20th century and may be unprecedented in at least the last 10,000 years. "A warmer climate would raise sea levels as ice caps recede and could force tens of millions of people to flee low lying areas like China’s Pearl River Delta, Bangladesh and Egypt," said Robert Watson, chairperson, IPCC.

Another group of scientists will present its report on impacts, adaptation and vulnerability in Geneva, from February 14 to 16, 2001 and a report on mitigation of climate change will be finalised in Accra from February 28 to March 3, 2001. The process will culminate when full IPCC accepts all three reports in its meeting in Nairobi from April 4 to 6, 2001.

The heat is on
Projections show that nearly all land areas will warm more rapidly than the global average, particularly those at northern high latitudes in the cold season. Various models demonstrate that global warming in the northern regions of North America, and northern and central Asia may exceed global average by more than 40 per cent.

However, summers in south and Southeast Asia and winters in southern South America will experience less warming than the global mean. "We will see a drier summer in arid and semi-arid areas which will make water management much more difficult in the future," projects Watson. Incidents of death due to heat stress in the summer may increase and diseases such as malaria and dengue fever may spread due to global warming.

Over the 20th century, temperature rose by about 0.6° c. In the Northern Hemisphere, the increase was largest of any century in the past 1,000 years. Globally, 1990s was the warmest decade while 1998 was the warmest year since 1861. Freeze free season in many mid and high latitude regions lengthened as daily minimum and maximum air temperatures increased.

Ice melting
Since the late 1960s, snow cover has decreased by about 10 per cent. There is also a noticeable decrease of about two weeks in annual duration of lake and river ice cover in mid and high latitudes in the Northern Hemisphere, as per data for the 20th century. Mountain glaciers and icecaps in non-polar regions retreated during this period and are expected to continue this trend in the present century.

Recent decades also saw a decline of about 40 per cent in thickness of Arctic sea ice during late summer to early autumn. A slower decline has been observed in case of winter sea ice. The Greenland ice sheet is expected to lose mass as runoff exceeds precipitation.

Sea rising
Sea levels went up by an average of 0.1 to 0.2 metres during the 20th century. For the period of 1990 to 2100, they are projected to rise by 0.09 to 0.88 metres, threatening millions of people living in island states and low-lying coastal areas. The rise would be primarily due to thermal expansion and loss of ice from glaciers and ice caps.

Warm episodes of the El Niño southern oscillation (ENSO) phenomenon have been more frequent, persistent and intense since the mid 1970s, compared to the previous 100 years. In the coming years, global warming is likely to increase the occurrence of extreme events like droughts and floods. In some regions such as part of Asia and Africa, the frequency and intensity of droughts has increased in recent decades.

The culprit gas
Stabilisation of atmospheric carbon dioxide concentrations at 450 or 650 parts per million (ppm) would require global anthropogenic emissions to drop below 1990 levels, within a few decades or about a century respectively. Carbon dioxide is a greenhouse gas (GHG) that prevents heat to escape from the Earth leading to warming. Atmospheric concentration of carbon dioxide has increased by 31 per cent since 1750, thus trapping more heat. Over the past two decades, the concentration has increased at a rate of about 1.5 ppm per year. This rate is unprecedented during at least the past 20,000 years. By 2100, carbon cycle models project atmospheric concentrations of 540 to 970 ppm, if levels increase by 90 to 250 per cent above the concentration of 280 ppm existing in the year 1750.

Currently, the ocean and the land together absorb about half of carbon dioxide emissions from human activities. As carbon dioxide concentration increases, ocean and land will take a lesser fraction of these emissions, thus increasing the atmospheric concentration further. The report also says that if all of the carbon released by historical land use changes could be restored to the terrestrial biosphere over the course of the century by reforestation, carbon dioxide concentration would be reduced by 40 to 70 ppm only. Countries such as the us Japan, Australia, Canada are quite intent on utilising the absorptive capacity of forests to reduce their GHG emissions.

Everlasting effects
Long-lived GHGs stay in the atmosphere for centuries. For example, several centuries after carbon dioxide emissions occur, about a quarter of the increase caused by them remains in the atmosphere. Temperature increase and rising sea level are predicted to continue for hundreds of years after stabilisation of GHG concentrations (even at present levels). The lower the level at which concentrations are stabilised, the smaller is the change in temperature. After stabilisation, temperature would rise at a rate of only a few tenths of a degree per century rather than several degrees per century as projected for the 21st century scenario without stabilisation.

Ice sheets will continue to react to climate warming and contribute to sea level rise for thousands of years after climate has been stabilised. For instance, local warming over Greenland is likely to be one to three times the global average. Models project that a local warming of this degree, if sustained for millennia, would lead to virtually a complete melting of the Greenland ice sheet with a consequent sea level rise of about seven metres.