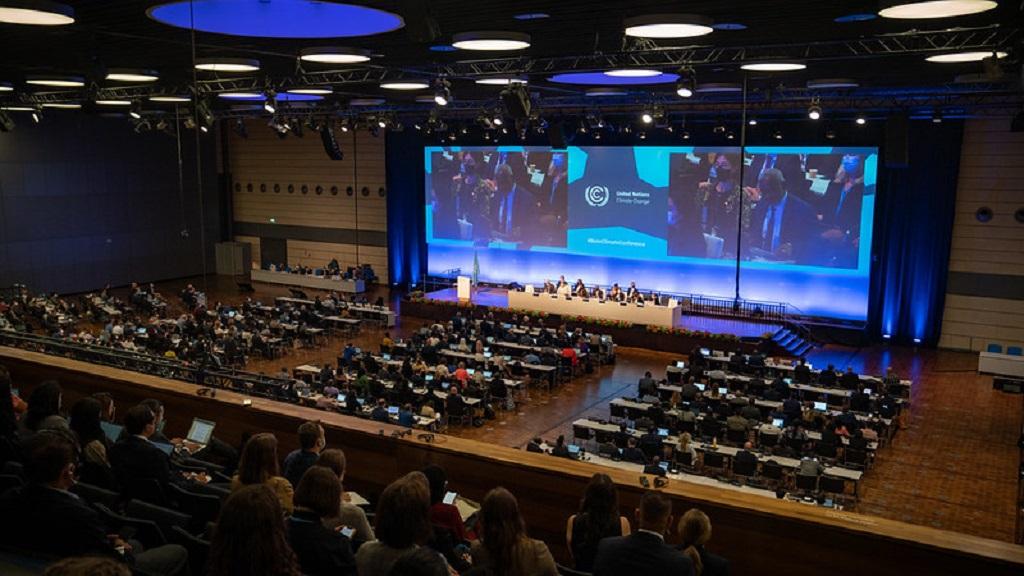 Developing countries have used various fora at the United Nations’ mid-year climate change conference underway in Bonn, Germany to put forth their agenda but climate finance, disproportionate burden of climate change and a balance between mitigation and adaptation remained pain points for them.

Also known as the 56th session of the subsidiary bodies (SB 56), the conference will take forward action items announced at the 26th Conference of Parties (CoP26) to the United Nations Framework Convention on Climate Change last year. It will also advance some of the more technical and operational discussions in time for CoP27, which will be held in Egypt this November.

The conference that will conclude on June 16 has neat listings of various technical issues such as advancement of discussions on the Glasgow–Sharm el-Sheikh work programme on the global goal on adaptation, and the work programme to urgently scale up mitigation ambition.

Side-events or interventions during large-format technical events (called mandated events) were platforms used by the developing countries to voice the issues that they perceive to be challenges.

Climate finance: No definition, no reflection of true need

The $100 billion goal of climate finance is still unmet by developed countries and does not reflect the true needs of the developing world, stated Zaheer Fakir, finance coordinator for the Group of 77 and China negotiating bloc. He was speaking at the side event Developing Country Views on Road to CoP 27 hosted by the Third World Network on June 7, 2022.

The very definition of climate finance is not formally agreed upon, and thus it is difficult to identify an ambitious goal and monitor subsequent financial flows, explained Fakir.

There is also a sense that the goalposts have been shifted since CoP26 in Glasgow: The idea of Net Zero by 2050 and the urgency to keep 1.5C within reach are now the central goals, unrestrained from the principle of “common but differentiated responsibility”.

‘Net zero by 2050’ being a global goal that is applied to all countries, rather than to each country according to their ability, was called out by Diego Pacheco, speaking on behalf of the Like-Minded Developing Countries (LMDC) bloc. He added:

We are calling this the Glasgow “Colonial” Pact because it is moving the Paris Agreement in a way where developed countries have the flexibility to achieve the goal by 2050 but are shifting the burden of climate change to developing countries.

In the process, they are creating a financial and institutional structure to trap developing countries with dependency to the Global North, according to Pacheco.

Developed countries have the financial conditions and technical capabilities to achieve this goal, he added, calling the present situation “the great imbalance” of the Glasgow Climate Pact.

“If we are going to operationalise equity in mitigation, developed countries should make real reductions of emissions by 2030, and leave carbon space for the developing world,” said Pacheco, the chief negotiator of Bolivia.

The head of the delegation of India, Richa Sharma, pointed to the Glasgow Climate Pact being a “mitigation-centric” pact. “It establishes a mitigation work programme with a very targeted timeline, and asks for an annual NDC synthesis report, which is very important.

The Paris Agreement provides for a cycle of enhanced ambition, in view of a rapid need to reduce emissions, but Parties were also asked in Glasgow to submit their long-term strategies and enhance their NDCs on an annual basis, she said. “But our hope is that CoP 27 will restore balance on issues like loss and damage as well as adaptation.”

The Bonn climate conference opened with conflict regarding the inclusion of adaptation and loss and damage in the agenda. Once the Global Goal on Adaptation was added upon request from the LMDC bloc, there was confusion regarding the number of sessions that would be devoted to discussing it.

“These issues are critical to developing countries, and we hope CoP27 can restore this equal importance,” said Sharma.

“Developing countries’ contribution to the accumulation of carbon has been low,” she added. “Their per capita emissions are significantly low, but they are suffering the impacts the impacts of climate change disproportionately.”