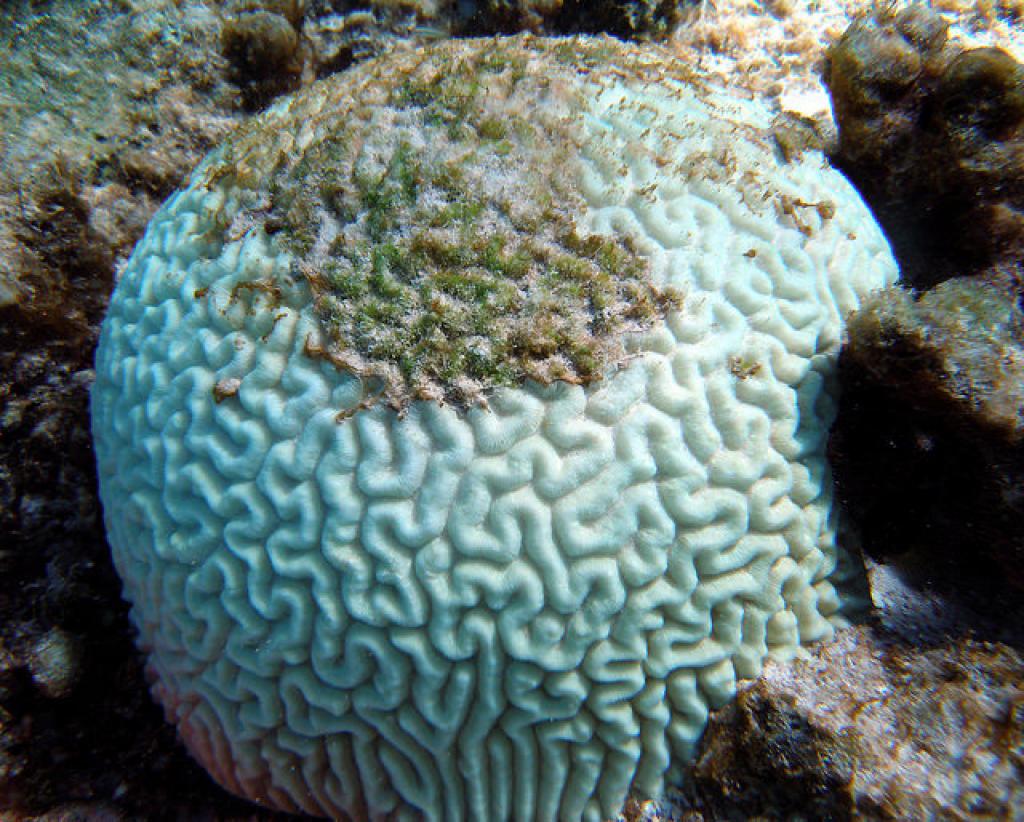 In a further vindication of claims that ocean acidification is wiping our coral reefs from marine ecosystem, a Griffith University study on the Great Barrier Reef has revealed that CO2 emissions help coral-killing seaweeds grow more poisonous and thus, accelerate destruction of coral reefs worldwide.

The study was conducted on Heron Island by reef and chemical ecology experts from the University of Queensland and the US. According to the study, “business as usual” emissions would harm vital corals by 2050 and kill them by 2100.

The findings shed new light on the competitive advantage that seaweeds have over corals in seawater with increasing concentrations of CO2. Moreover, the scale of the problem is so big, that removing a bunch of seaweed from the reef doesn’t help much as it just regrows and regenerates. So, the solution doesn’t lie in cutting off seaweeds but in reducing carbon emissions.

Calling this study “a major step forward in understanding how seaweeds can harm corals”, Guillermo Diaz-Pulido, associate professor at Griffith University, said that the research has “important implications for comprehending the consequences of increased carbon dioxide emissions on the health of the Great Barrier Reef”.

While it was known that increased carbon dioxide in the atmosphere affects the behaviour of seaweed as oceans absorb CO2 and turn more acidic, this study discovers that greater carbon concentrations led to “some algae producing more potent chemicals that suppress or kill corals more rapidly”, in some cases in just weeks.

According to the study’s co-author, Mark Hay, a professor from the Georgia Institute of Technology, “If the algae overtake the coral, we have a problem which contributes to reef degradation, on top of what we already know with coral bleaching, crown of thorn starfish outbreaks, cyclones or any other disturbance.”

With  an objective of understanding to what extent would the CO2 affect some of the things algae do, the researchers focussed their attention on  the Heron Island, located north-east of Gladstone at the southern end of the Great Barrier Reef. They used both underwater reef experiments and outdoor lab studies to arrive at a conclusion.

A common brown algae species, which is found in reefs worldwide, has been identified as one of those weeds that caused the maximum damage. Algae, like any other plant, need light and CO2 to grow. When this algae takes advantage of elevated CO2 in seawater, it becomes a matter of concern. The research document states, “Elevated seawater CO2 concentrations may enhance fleshy algal growth rates, reduce coral growth and calcification rates, and strengthen space competition between macroalgae and corals, with outcomes that favour macroalgae over corals.” Researchers concluded that the way to tackle this threat is to reduce the levels of CO2 in the atmosphere.