Can a large volcanic eruption slow down global warming? Here’s what the latest IPCC report says

Before the end of the century, there will be at least one large volcanic eruption, the scientists predict 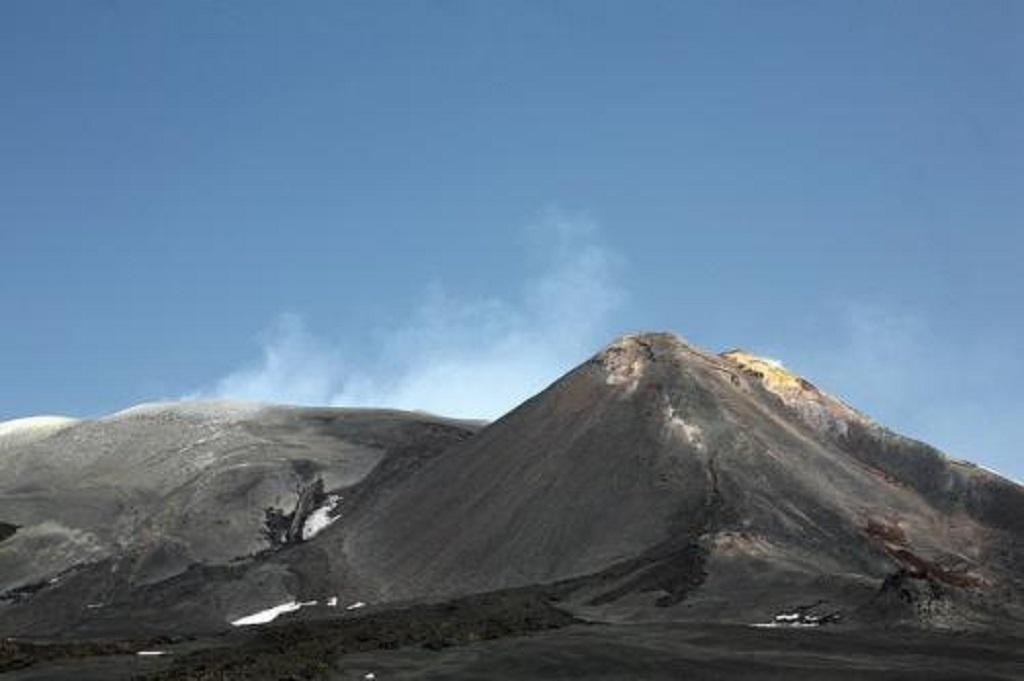 Amid the grim predictions emerging from the latest report by the Intergovernmental Panel on Climate Change, there is a ray of hope: A major volcanic eruption can counteract anthropogenic global warming to a small extent.

All statements about global warming breaching the 1.5 degree Celsius rise over pre-industrial levels assume that no major volcanic eruption occurs in the near term, the report said.

Before the end of the century, there will be at least one large volcanic eruption, the scientists predicted based on their study of ancient climates and historical evidence. “Such an eruption will reduce global surface temperature for several years, decrease land precipitation, alter monsoon circulation and modify extreme precipitation, at both global and regional scales.”

An increased number of volcanic eruptions resulted in a consistent slow cooling in the Northern Hemisphere from 1450 to 1850, the researchers observed. The cooling, however, showed regional variations, unlike the global warming that began immediately after.

Change in global surface temperature between 1850 and 2020 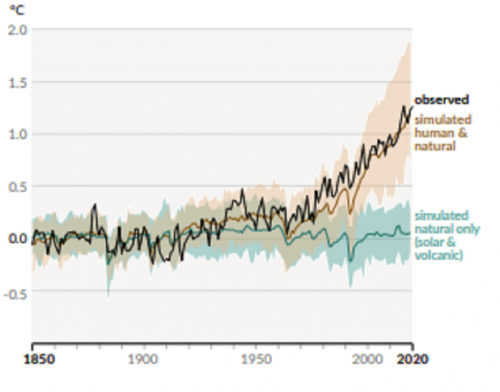 The report titled Climate Change 2021: The Physical Science Basis is a part of the sixth assessment report by IPCC and the first since the one released in 2013. Over 230 authors from 65 countries reveiwed 14,000 scientific papers on the impact of climate change to collate the report.

Large volcanic eruptions shoot out aerosols (small particles) into the upper atmosphere. These reflect sunlight and induce a long-term cooling effect on the surface, the scientists wrote in the paper.

Volcanoes are one of the two natural drivers that influence the Earth’s climate in the long-term. The other is the variation in solar irradiance.

The albedo effect (increased reflection of sunlight) produced by the aerosols have shown to partially offset the warming in an atmosphere dense with greenhouse gases, according to some models.

The combination of these two factors slowed down global warming between 1998-2012 compared to the three preceding decades, the researchers noted.

The effect of these natural triggers, however, are negligible in the long-term in comparison to those resulting from human activities, the report stated.

Volcanism also has an impact on precipitation, the researchers noted. For instance, large volcanoes erupting in one hemisphere can enhance global monsoon precipitation in the other hemisphere, the paper cited.

The eruption of Mt Pinatubo in 1991 is the latest such example. It cooled the global surface temperature in the Northern Hemisphere by a little over 0.5°C for over a year.

Centuries that didn’t have a single large eruption came only once every 400 years, historical data showed.

Hence, the researchers said it is likely another large volcanic eruption may occur before 2100.

A 1998 study On the climatic implications of volcanic cooling assessed how the sea and land temperatures may be affected by a volcanic eruption of the scale of Pinatubo.

The sea surface temperature showed a perturbation of -0.15 to -0.3°C, lasting over a period of 5-20 years depending on the sensitivity of the climate, the geologists wrote in the paper.

The perturbations for land surface temperatures was between -0.3 and -0.5°C for the same period, the report added.

The latest report assessed a series of future simulations and all of them accounted for solar irradiance and mean background forcing from volcanoes, but not for individual volcanic eruptions.